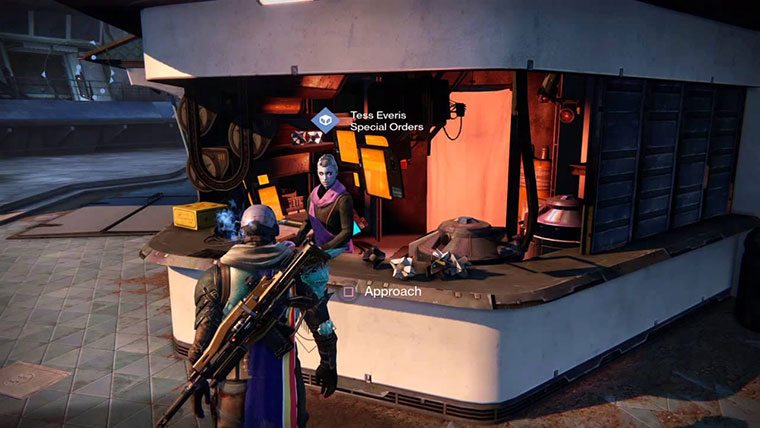 Bungie is rolling out Microtransactions in Year Two of Destiny with the introduction of a new currency that can be purchased with real-world cash.  This new currency called Silver can be used to purchase character emotes from Tess Everis in the tower and can be purchased in numerous denominations on the PlayStation and Xbox Storefronts. 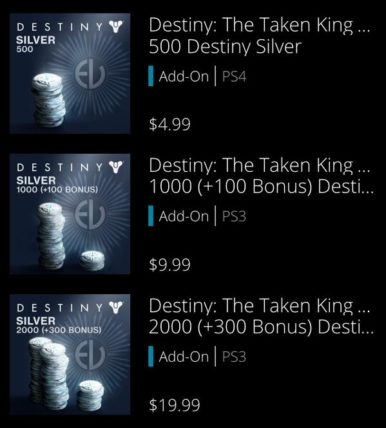 Similarly to other in-game currencies Silver can be purchased in a few different variations.  Destiny players will pay $4.99 for 500 silver as the base price for the smallest amount, and as the amount purchased increases players will get extra Silver in each denomination.  1000 Silver will go for $9.99 with 100 extra Silver.  2,000 Silver can be purchased for $19.99 and will come with an additional 300 Silver.  Just like other Microtransactions, the more you purchase the more you “save.”

Pricing for the emotes is unknown at this point, but many Destiny players are worried about what this might open the doors to.  Allowing players to purchase Silver could very well lead to purchasing other items like Xur’s Exotic Weapons for instance.

To whet your whistle, Bungie will be doling out a free Silver drop for Destiny players later today.