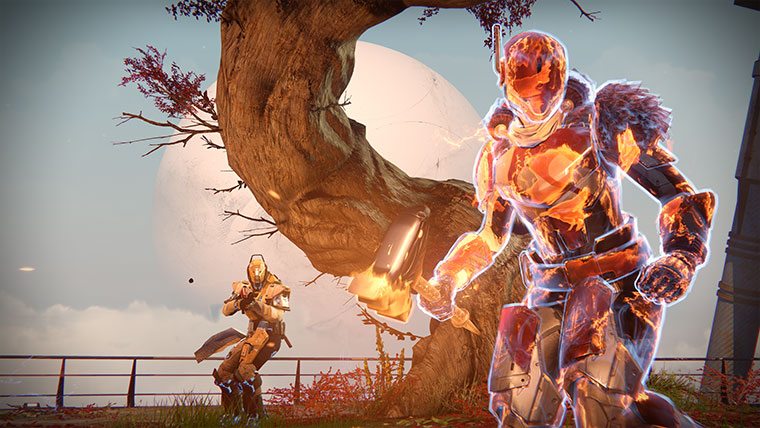 Destiny Update 2.1.1, otherwise known as the February update is hitting all platforms right now, so expect to see it the next time you boot up the game for PS3, PS4, Xbox 360, or Xbox One. This update adds some new stuff to the game, while altering The Tower to match a Valentine’s day theme, giving it a red theme. This special event is being called Crimson Days, and will stay in effect from today until February 16th at 1am Pacific Time.

Crimson Days will also offer a brand new quest called Crimson Bonds. The mission will only be offered to players who are at least at level 40. To activate it, simply go and talk to Lord Shaxx in The Tower.

The Crucible has also had some modifications to it for Valentine’s Day, opening up a brand new gamemode with Crimson Doubles. This 2v2 multiplayer match will apply the “Heartbroken” buff, which makes it so you have max stats and a faster reload when your teammate is down.

Along with this come some of the usual bug fixes and balance changes. You can see all the changes in the official patch notes available here.