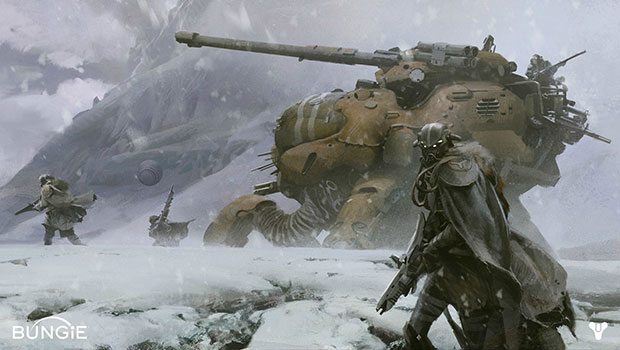 A massive leak of information about Bungie’s next game hit the web this morning. While it’s already been confirmed that their next title will be called “Destiny”, this leak gives a number of details and images about this highly secretive project from the creators of Halo.

Following the information leak, Bungie confirmed that at least some of the images floating around the web are indeed concept art for Destiny, and even posted one of them(above) on their own website. An advertising document has seemingly outed the entire premise behind Destiny, and it sounds similar to what the rumors about the game have been pinning it to be. 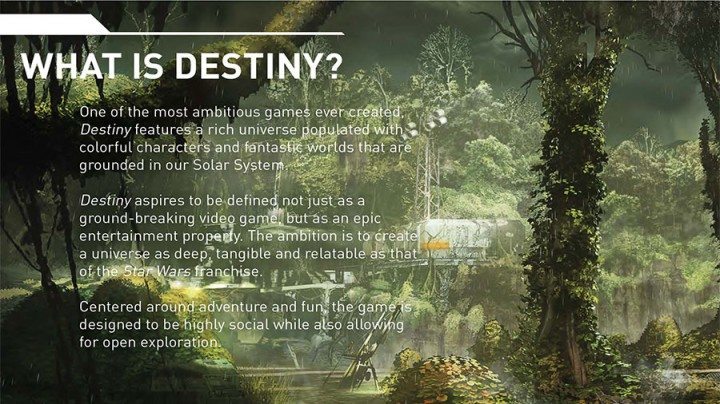 The documents describe Destiny as “social at it’s core” and is aiming to be as universally relatable as the Star Wars franchise. Ambitious stuff, indeed. Here’s what else the the advertising agency said about Destiny.

“One of the most ambitious games ever created, Destiny features a rich universe populated with colorful characters and fantastic worlds that are grounded in our Solar System. Destiny aspires to be defined not just as a ground-breaking video game, but as an epic entertainment property. The ambition is to create a universe as deep, tangible, and relatable as that of the Star Wars franchise. Centered around adventure and fun, the game is designed to be highly social while also allowing for open exploration.” 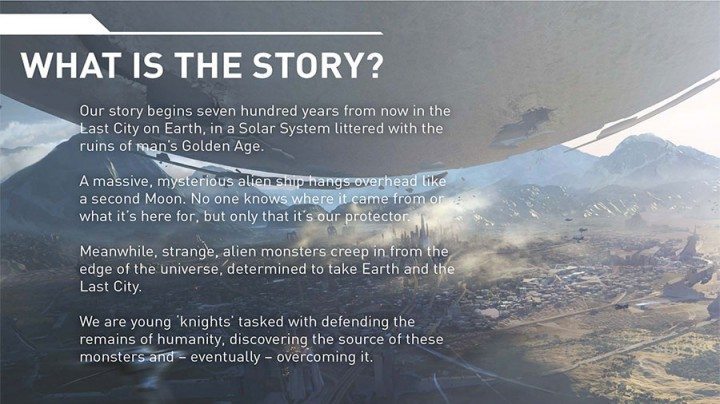 “Details about the game’s story were also revealed, and Destiny takes place seven hundred years from now in the Last City on Earth, in a Solar System littered with the ruins of man’s Golden Age. A massive mysterious alien ship hangs overhead like a second Moon. No one knows where it came from or what it’s here for, but only that it’s our protector. Meanwhile, strange, alien monsters creep in from the edge of the universe, determined to take Earth and the Last City. Players are young ‘knights’ tasked with defending the remains of humanity, discovering the source of these monster and – eventually – overcoming it.” 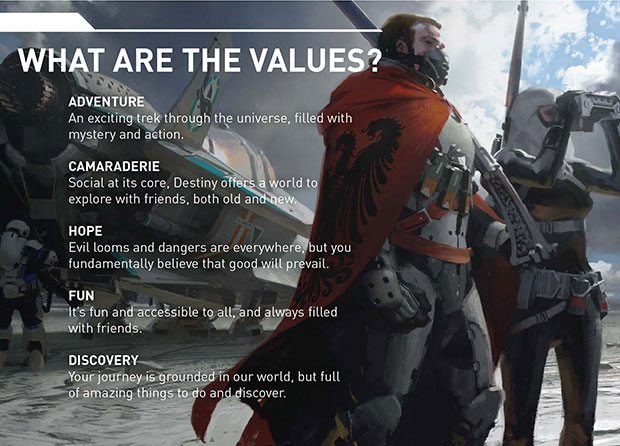 Legal documents discovered earlier this year suggest that Bungie’s Destiny will release on the Xbox 360 in 2013, followed by a release on the PlayStation 3 in 2014.  Whether these timetables are still valid for the game are unknown, as neither Bungie themselves nor Activision have made any mention of when to expect the game.  And while Bungie says they weren’t quite ready for these first details to arrive, they do say that they will be soon, and can’t wait to show us what they’ve been up to.

“Stick around, we haven’t even started yet,” said the developer.