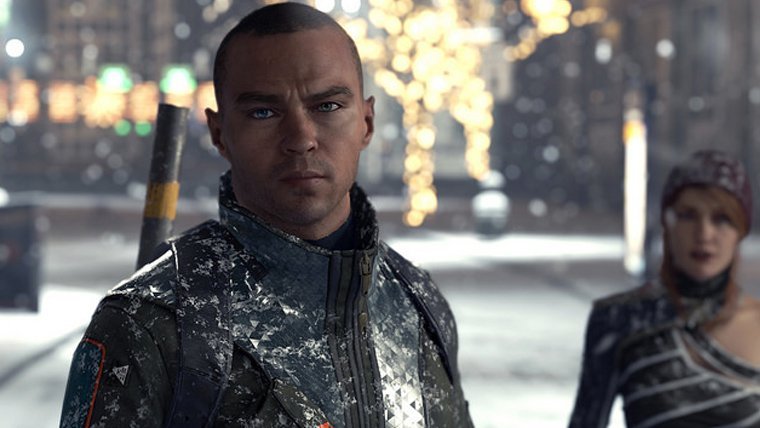 Sony debuted a new trailer of Quantic Dream’s Detroit: Become Human during its E3 2017 conference, presenting the third main character of the game and revealing more details of the story and the gameplay. The new character is called Markus, and is played by Grey’s Anatomy actor Jesse Williams. Markus is a leader of the android liberation movement, who by this most recent preview seems to be more inclined to use the violence to reach his goals.

The game’s director David Cage has posted a message on the PlayStation Blog describing Markus’ backstory: “Markus is an android who escaped his master and joined a small group of deviants hiding underground in Detroit. Lost and disparaged, they will try to find ways of convincing humanity that they are more than just defective machines – that they are alive.”

The scene showcased in the trailer presents Markus participating in a mission to liberate some androids kept in one of the stores of the Cyber Life company. During the operation, things don’t go as expected, and the player is constantly asked to make decisions that imply keeping a pacifist attitude or taking a more violent approach, changing the course of the story.

Detroit: Become Human is being developed exclusively for PS4. A release date has still not been determined.