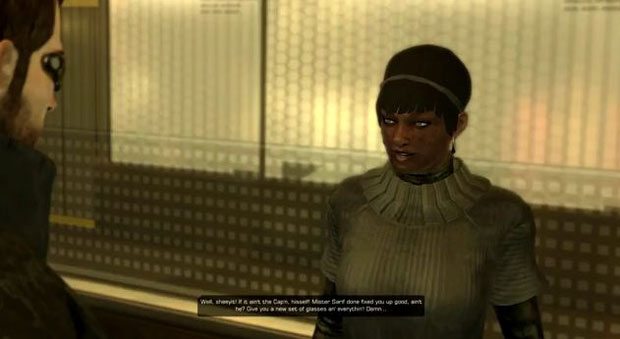 Deus Ex: Human Revolution scored well with the critics when it launched just a couple short weeks ago.  Though Letitia the trash picker from Detroit, with that Old South charm, has drawn quite a bit of controversy as of late.  The character which can be found in the game, portrays what many think to be a racist stereotype, and one that needed not be added into the latest Deus Ex game.  Square Enix issued a statement about Letitia following the legions of gamers crying foul.

“Deus Ex: Human Revolution is a fictional story which reflects the diversity of the world’s future population by featuring characters of various cultural and socioeconomic backgrounds. While these characters are meant to portray people living in the year 2027, it has never been our intention to represent any particular ethnic group in a negative light.”

Have a look at the video below and let us know what you think.  Racist?  or not?