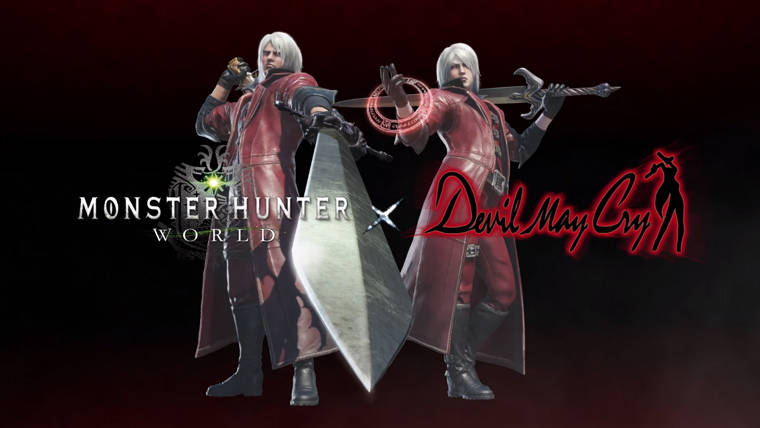 Capcom is celebrating the release of the Devil May Cry HD Collection on PS4, Xbox One, and PC by announcing a crossover event with the hugely successful Monster Hunter: World. Players of the open-world hunting game that complete certain quest will be able to craft a very special weapon that resembles the iconic Force Edge. But just like other swords in the game can transform into an axe when combining with the right shield, the Force Edge turns into a huge Alastor when used with a special shield that is not visible in battles, just to remain faithful to the visual style of Dante.

This kind of crossovers with the latest Monster Hunter is nothing new, as the game has already hosted events to get special gear based on other Capcom properties like Street Fighter V or even Sony’s Horizon: Zero Dawn, this last one exclusive to the PS4 version.

In less than two months since its release, Monster Hunter: World has become a phenomenal success for Capcom. The game has crossed 7.5 million sales between shipments and digital sales, enough to make it the best selling game of the iconic company in all its history.

Monster Hunter: World is out now on PS4 and Xbox One. Watch the new trailer below.