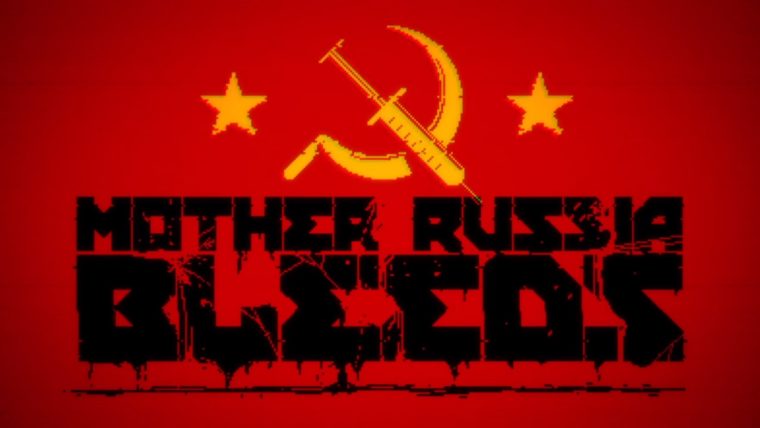 Mother Russia Bleeds is an upcoming beat ’em up game from Devolver Digital and Le Cartel Studio. Set to release later this week on PC, Devolver is letting fans get a hefty sneak peek at the game.

The title is set in an alternate 1980’s Soviet Union that follows four street fighters chasing the Russian mafia’s street drug, while still being addicted to the substance which causes hallucinations. The drug actually plays a part in the gameplay, it can be taken from the fallen corpses of your defeated enemies and utilized in activating Beserker mode or to heal your character.

Mother Russia Bleeds will have a variety of modes, some classic like arcade campaign, as well as some unique such as survival and boss rush mode. Each mode can be played in single player or local co-op. I feel we need more beat ’em up games in this day and age, and it looks like Mother Russia Bleeds is just what the doctor ordered. I mean, you can punch people’s heads off. Don’t believe me? Just check out the nearly half-hour worth of footage below.

Mother Russia Bleeds is set to release on Windows PC, Linux and Mac Os on September 5th. No word on a PlayStation 4 release date yet.