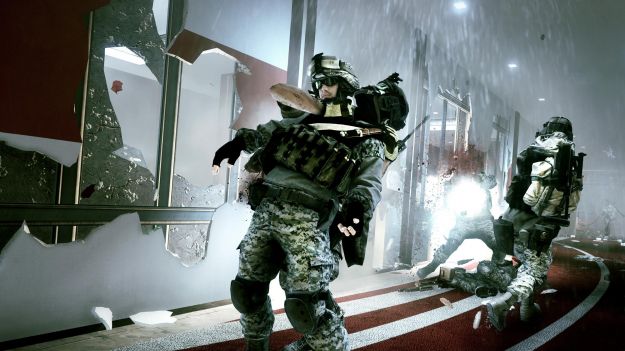 While the name may suggest otherwise, Battlefield 3’s upcoming expansion pack “Close Quarters” will be roomy enough to house the game’s more popular modes like Conquest & Rush.  Patrick Bach of DICE recently confirmed the inclusion of the popular modes in a recent interview with Digital Trends.  Simply, put Bach said “Yes, the classic game modes will be a part of this expansion pack.”

Bach says that DICE is looking to “enclose the player” in Close Quarters to make the new map pack “very intense, almost claustrophobic at times”. PC players may be bummed to find out that 64 players will not be an option in the Close Quarters maps as Bach explains that “we are restricting players”, although he did not specify the player cap for the PC version of Battlefield 3: Close Quarters.  After all, “How many players do we want before it turns into carnage?”, said Bach.

We’re sure to hear more about the upcoming expansion in the weeks and months leading up to the June release for the expansion.

Update: Rush might not be included in Close Quarters according to a recent post on the Battlefield Blog.