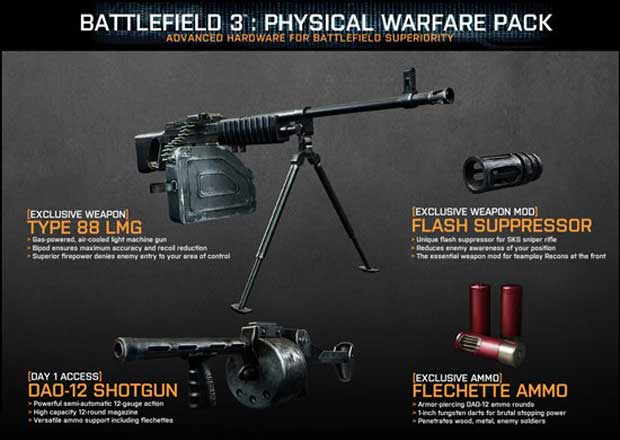 Yesterday Battlefield3 fans voiced serious concern about DICE’s stance on launch day DLC.  Serious business ensued, and a boycott of the game was formed, because of content that will be awarded to players through pre-order incentives.  Over 3,000 gamers have joined in the petition against the developer, but DICE seems unfazed by the outrage.

Today, the Sweedish developer responded over on the Battlefield Blog to the growing gamer concern claiming that players who get the launch day DLC won’t be at an advantage to those who don’t have it.

“We believe in rewarding our core fanbase with special offers — such as giving them the Back to Karkand expansion pack at no extra charge.” said the company in a Q&A. “… The three exclusive items in the Physical Warfare Pack were specifically chosen not to be overpowered or imbalance or break the game in any way.”

If there’s one thing Battlefield fans should have learned by now, is that EA doesn’t really care, and they know you’ll likely end up buying the game, and the DLC when they turn around and sell it to you further down the line.