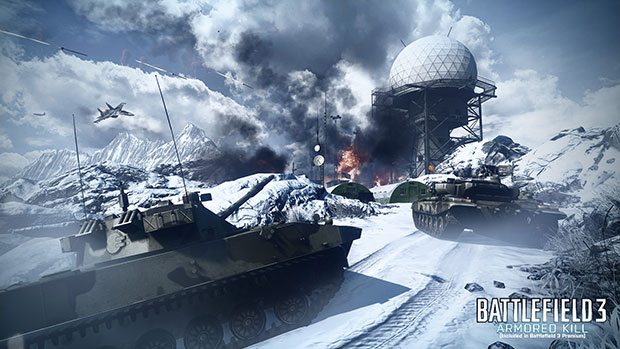 Battlefield 3 is seeing several game fixes this week as DICE prepares to release the Armored Kill Expansion on the Xbox 360 and PC.  The content arrives for premium members tommorrow, alongside the tweaks listed by Gustav Halling on his personal blog.

The changes coming to the game include a “Proximity Defense” glitch that was accidentially killing players who used the smoke screen ability.  DICE has also upped the respawn timer for the Gunship in Rush Mode from 60 seconds to 90 seconds.  Halling says that these features will be applied on the server side, so you will not see an update on the client side.

Last week, Battlefield 3: Armored Kill arrived on the PS3 as part of an exclusivity agreement between Electronic Arts and Sony.  The Armored Kill content arrives this week for other Xbox 360 and PC Premium Subscribers, and will arrive for all Battlefield 3 players later this month.