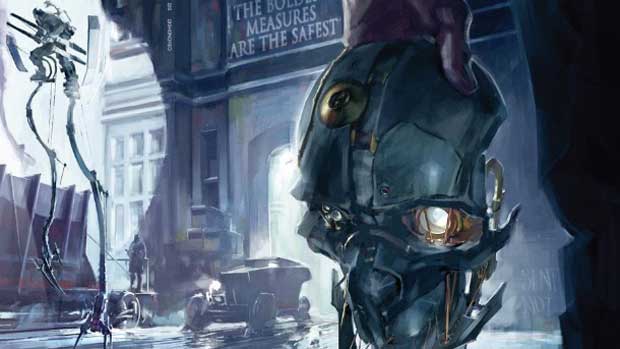 Bethesda officially announced today that they will be publishing Dishonored, a first person game from Arkane Studios.  The game comes from bright minds indeed, with Arkane Studios consisting of members that have worked on games that are now considered classics in many circles.  Arkane Studios founder, Raf Colantonio who worked on Arx Fatalis and the Might and Magic franchise is joined by Harvey Smith, who has worked on the Deus Ex franchise and Thief: Deadly Shadows.  Alongside those two, Viktor Antonov who designed City 17 of Half-Life 2 is also along for the ride as the art designer for the game, and from the concept art above, it shows.

The game will be featured in August’s Game Informer magazine where more concrete information about the game will unfold.