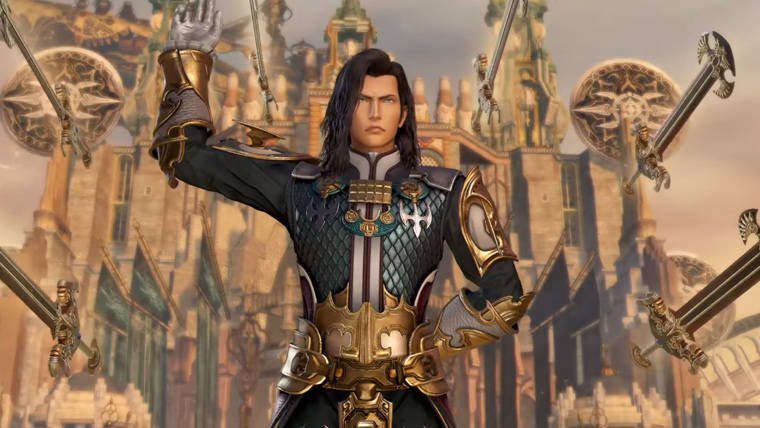 Square Enix has revealed today a new character coming to the crossover fighting game Dissidia: Final Fantas NT, which is none other than Vayne Carudas Solidor, who fans will remember as the scheming villain from Final Fantasy XII. Vayne takes the role of a Heavy/Vanguard fighter, which means he is a strong character perfect to throw punches at close distance with the enemy. That said, in the reveal trailer we can see him using long-range attacks, which makes him a well-balanced warrior.

Players can control Vayne in his normal human appearance and his transformed version from the final battle. He can also make use of various weapons that affect directly his combat style.

On Final Fantasy XII, Vayne is the eldest son of the supreme ruler of the Archadian Empire, which has invaded the nearby kingdom of Dalmasca as a first move before starting an all-out war with Rozaria. Queen Ashe of Dalmasca is part of the protagonist group and seeks a way to set her kingdom free from the Empire and to prevent the destructive war from happening.

Vayne will be available next month to purchase separately as a DLC or as part of the season pass.