The latest news in the world of video games at Attack of the Fanboy
June 21st, 2017 by Jose Belmonte 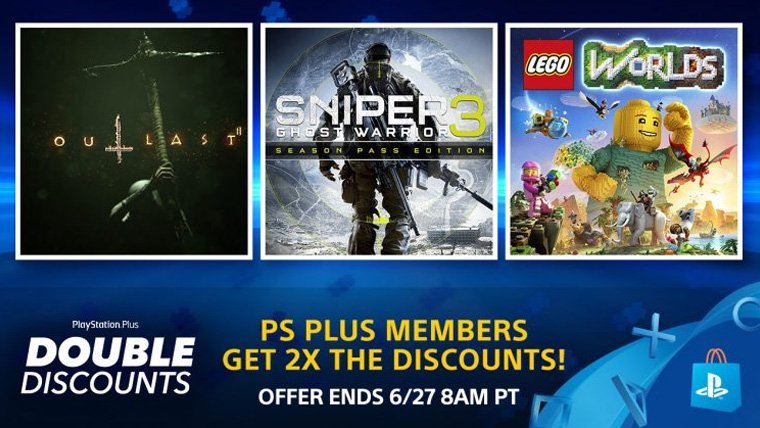 After enjoying the Days of Play and E3 sales for the past two weeks, PlayStation users in North America and Europe have received this week access to a new game sale offering double discounts to PS Plus subscribers, as the PS Blog reveals. People who took advantage of the special promotion for 1 year of PS Plus these past weeks will be especially happy about this, as they are getting some great titles for up to 80% discount.

Both North American and European Sales share some titles, while other discounted games remain exclusive to each region. Some of the most important PS4 games at a special price in both regions are Battlefield 4, Battlefield: Hardline, Hitman Season One, Bioshock The Collection, Mighty No. 9, Moto Racer 4, the Styx series, Syberia 3, or The Witcher 3. They are also included many titles from Rockstar, like most of the Grand Theft Auto series.

Some titles only discounted in North America include Danganronpa 1&2 Reload, the two Darksiders games, Metal Gear Solid V, Outlast 2, or Steins;Gate 0, while European players get Batman: Return to Arkham, Far Cry 3 and Primal, or the recent Yooka-Laylee.

The North American sale will run through June 27th, while the European selection will be available for two weeks, until July 5th. Check out the full list of titles in your regional PS Store.