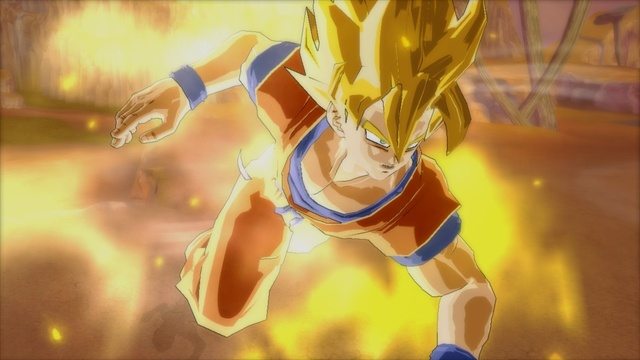 We’ve seen images of Goku and Broly doing the fusion dance in Dragon Ball: Project Fusion and now a new magazine scan has revealed what “Broku” actually looks like.

The latest issue of V-Jump magazine posted an image of what Broku looks like and he pretty much has Goku’s face, but the body of Broly. He’s also topless as he wears the same clothing as Broly.

We cannot post the scan here, but you can look at it over at French website, Jegeek Jeplay. Click on the link and you can see how Broku is pretty much mostly Broly. I guess they couldn’t do much with the character as both guys are blonde Saiyans and do look a lot like one another.

Dragon Ball: Project Fusion is a Nintendo 3DS exclusive and is an RPG as opposed to a normal fighting game. The game’s story is unique as the player has to find out why all of these fusions are taking place. Not only are characters merging, but worlds have joined together also.

Sadly, the game has only been revealed for a Japanese release in 2016. Hopefully the game eventually comes out to other countries considering how popular Dragon Ball is worldwide.