The latest news in the world of video games at Attack of the Fanboy
August 10th, 2017 by Jose Belmonte 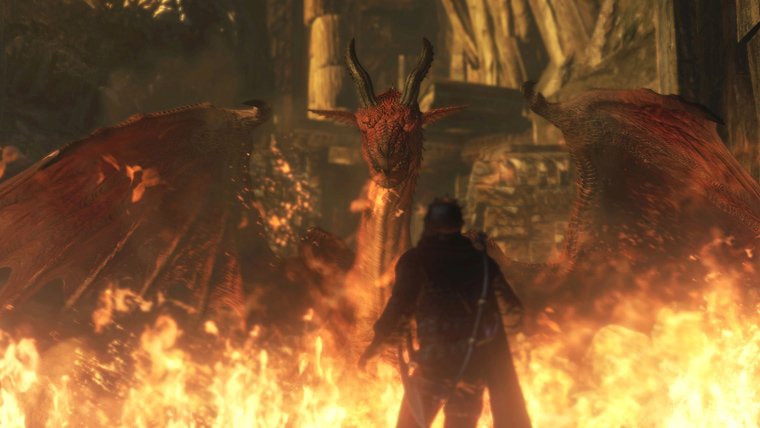 Capcom has announced today that Dragon’s Dogma: Dark Arisen for PS4 and Xbox One will make its debut in North America and Europe on October 3rd. This updated version of the release for the previous generation of consoles serves to celebrate the fifth anniversary of the series. A new trailer distributed today showcases how the game looks better than ever.

Dark Arisen gathers all the additional content released for the original Dragon’s Dogma game, and it’s already available on PC, PS3, and Xbox 360, though the visuals have received a special rework for current-gen consoles. As we can see in the video below, the numerous battles against dragons, demons, and other creatures, look even more impressive than before.

The game offers an adventure with RPG touches in a world of classic fantasy aesthetic. Players get to choose between nine job classes for their hero, with the rest of the group being controlled by the game. Those other characters, called Pawns, can be shared online with other players in case they need some specific abilities. The unique battle mechanics and the work of part of the same team of the Devil May Cry series made the game one of Capcom’s most popular modern properties.

Dragon’s Dogma: Dark Arisen is launching on PS4 and Xbox One on October 3rd. Watch the new trailer below.