DRM and Five Mistakes of the First HD Generation 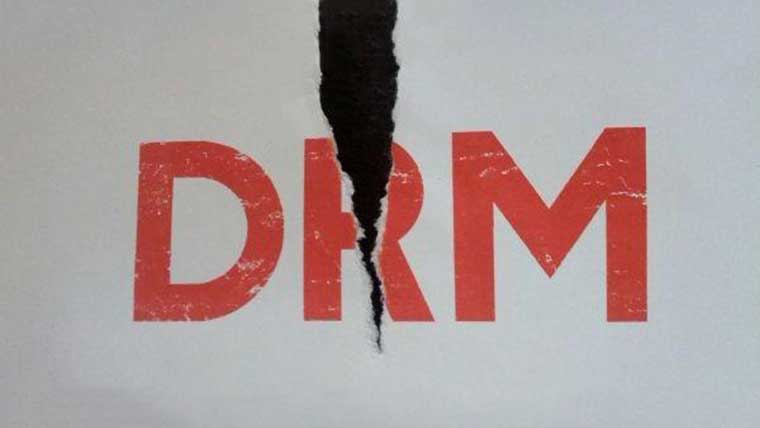 Let’s face it, this last generation has been pretty unique.  And by this generation I mean the one that is pretty much finished.  Xbox 360, PS3, and Wii.  Some would say we’re still in it, and that next-gen still applies, but I don’t think so.  The first entry in the eighth generation of consoles has already been released, the Wii U, and the PS4 has finally been announced.  The 2nd HD generation starts now.

The first HD generation probably marked the biggest leap in tech compared to its previous generation.  Think about it, when PS2 and the original Xbox came out, RPGs were still being made with scrolling text.  You actually had to read what your character was saying it, rather than listening to him/her.  My last scrolling text RPG, I believe, was Shin Megami Tensei: Nocturne.  That was a long time ago.  More changes occurred between the sixth and seventh generations than any other before.  High definition, online gaming, motion controls, download content, digital rights management, console/handheld rift, triple AAA/indie rift, East/West rift, and fanboyism are all developments confined to a single generation.  There’s only one way to describe this generation.  Epic.  Especially its failures.

If you’re looking for an equally iconic changing of the guard moment in previous generations of gaming, it would have to been when FF7 jumped ship from Nintendo to Sony’s new console.  That was a big change in the medium, and is probably the sole reason most people bought a PlayStation, it was for me.  But I don’t know if it represented as big of a change in technology or in the culture of gaming.  It was a different platform with a different company, but it was still Final Fantasy, and the same great gaming experience.

The same cannot be said for Final Fantasy in the HD era.  I don’t want to pin it on any specific release.  The biggest FF blunder of this generation wasn’t even on consoles but also wasn’t the sole reason to sully the FF brand forever.  Without naming names, I’ll just say this.  One game had no world map and was heavily criticized.  One game was a sequel to a sequel of a heavily criticized game without a world map.  One game never existed and will never exist.  One game had its development team restructured, or possibly fired.  And several games had made up words in their titles like Agito, Dissidia, and Duodecim.  At least there was one notable FF release this generation.  Final Fantasy: All the Bravest.  Not notable for its quality.  Notable for being the epitome of what Final Fantasy has become.

DRM = Digital Rights Management.  It’s not specific to video games, but its particular implementation in this generation of gaming has been nothing but a disaster and probably responsible for killing two staple PC franchises, Diablo and SimCity.

Bear with me here.  Catherine received great reviews and was considered a bold and unique entry filled with mature themes not usually explored in video games.  And I agree.  Atlus is a great niche developer and savvy publisher and Catherine was a success in many ways.  But did you play the Japanese version?

The game was criticized for being overly difficult and included an archaic save/continue system that was represented by an inventory item, pillows!  Collect enough pillows in a stage and complete it, then make it to the save spot to record your progress.  But if you used most or all your pillows and somehow made it to a save spot you could effectively doom save yourself.  You’d be forever stuck on a bitch difficult and uncompletable stage.  Using up all your continues in a stage, even if only one left, meant reloading from the save file, starting the stage all over again and possibly replaying a story segment.  Catherine’s North American edition was released with an ‘easy mode’ while the Japanese version got a patch.  I had to start all over again from the beginning of the game.   The experience left me pretty disappointed.

Catherine was also similar to the Walking Dead Game, a whole lot of interesting story with very little game play.  Atlus’s only in-house developed title for the first HD generation was nothing more than a bitchy puzzle game with not nearly enough nudity.  But Atlus is known to get their practice in while supporting consoles very late into their lifespan.  Let’s hope Persona 5, or something else with substance, comes out soon for PS3/Xbox 360.  If not, I’ll have to consider Catherine a failure for this generation of gaming.

Again, no pic needed.  Microtransactions can work in gaming as long as there is a reason for it and it doesn’t fundamentally change the motivation for playing the game.  It works in ME3’s multiplayer, it does not work in Diablo 3.  It will work in Dust 514.  It did not work in Dragon’s Dogma.  It basically doesn’t work in any single player game, why would it?

Here’s a list of a few things I bought recently with real world money:  ¥100 Demon’s Souls wallpaper.  $5 House building plug-in that doesn’t contain a carpentry perk and allows me to adopt children without a criminal background check.  Seriously, my Vampire should not be anywhere near kids!  $2.99 Premium Spectre Pack = 5 Hydra Missiles, 5 Omni-gels, a Reegar Carbine, and a stocky Volus magic dude who’s bound to be a biotic gawd!

An everygame is an idealess game.  Just a checklist of successful video game standards thrown together to increase its audience.  For now, most features remain separate from each other so that they don’t seem to harm the overall experience.  Tomb Raider’s single player campaign isn’t harmed by a lackluster multiplayer, but the devs could’ve saved a bit of money and trimmed a bit of the budget by simply axing it.  Mass Effect 3’s multiplayer attempted, but failed, to plug-in to the single player campaign but it doesn’t really matter because the whole basis for the success of the game was its amazing story and strong single player experience.  But I suspect ME3 multiplayer made EA some extra coin.

Every now and again they do clash with one another.  Assassin’s Creed 3.  A big open world with nothing to do but collect feathers.   A pointless crafting system.  Horse-based pursuit missions that control like drunk donkeys zig zagging down a hill.  And the Animus!  That doesn’t really belong with the Everygame list, but I included it because it just doesn’t make any sense!

In my view, the first HD generation of console and PC gaming was a practice generation.  Now that everybody knows what adds value to a game and what does not, maybe we will start to see more focus and better implementation of ideas.  It’s entirely possible to INVENT and CREATE a reason for DLC, multiplayer, open-world, and crafting features to be included within a single game.  It just hasn’t been done yet.  But 3 out of 4 ain’t bad.