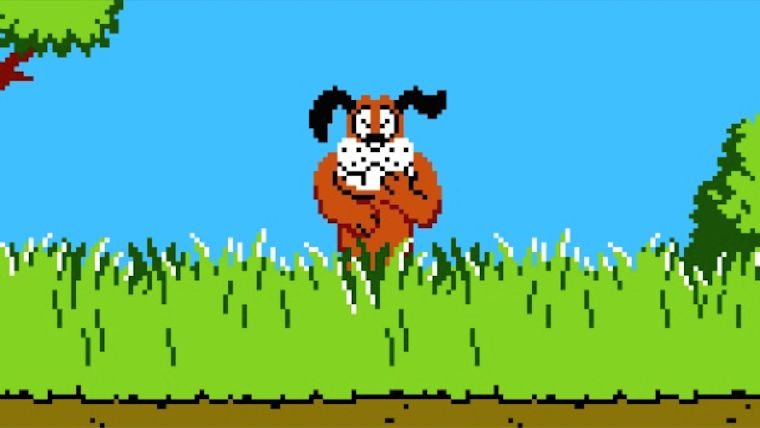 One of the big surprises in Super Smash Bros. for 3DS was one of the secret characters found within the game that dates back to the original Nintendo with Duck Hunt. Taking the name of the game literally, the fighter in the new Super Smash Bros. uses the infamous dog along with one of the ducks in tandem, similar in ways to Banjo and Kazooie. The Nintendo Direct today finally gave the duo a true reveal trailer, which is very worth seeing, but it also revealed something else.

The original Duck Hunt for NES will be making its way to the Wii U Virtual Console. Previously, no games that utilized the NES Zapper were ever added to the Virtual Console, but now it has been revealed that the most classic of them all will be first.

This is great news for many, as those that still own an NES cannot even play the game on flat screen TVs, as the NES Zapper will not work at all. Luckily, this game will now allow you to use the Wii Remote instead, which could still be combined with old accessories like the Wii Zapper or even some of the more gun designed third-party accessories.

No release date was given at all for when Duck Hunt will be coming to the Wii U Virtual Console, but with the way they keep those releases pretty close to the vest, it could be coming as soon as next week or still be months away. Check out the reveal trailer for Duck Hunt in Super Smash Bros. for Wii U followed by the announcement of the Virtual Console version below: