Duke Nukem Forever Dead on Arrival in the US? 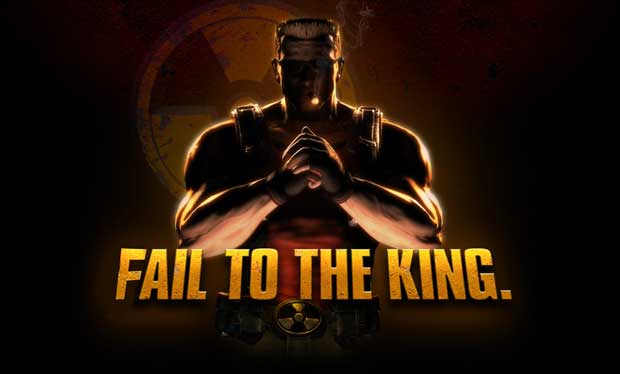 Duke Nukem Forever launches in the United States at midnight tonight, but many critics have already weighed in on the title which took a decade and half to complete.  Right now the game is getting decidely horrid reviews from all the major gaming websites, or at least the ones that Metacritic uses in its scoring system.  Sitting at a paltry 50/100 Duke Nukem Forever is shaping up to be one of the lowest rated AAA titles to release in 2011.

It wasn’t hard to see the writing on the wall.  Journalists have taken every chance they could to determine Duke’s fate before the game was even printed to a disc.  I can’t say that I disagree with them, as I haven’t had the chance to play the game.  For now, we’ll just have to take their words for it, which have not been held back at all.  Perhaps journalists got the note when David Jaffe made comments about progressing the medium further with more honesty and integrity in video game reviews.

It does make for good reading, as most reviews are much more fun to read when they’re ripping apart a game.  Here’s some of the better quotes we’ve read.

“The game will sell well based on pure hype and audacity, but history will not look favorably upon this game. Nor should it. Nobody should think kindly of such a miserable, lifeless, grotesque little game.”

Randy’s (Randy Pitchford) right.  It’s going to be tough.  Except, with joypad in hand, reviewing Duke Nukem Forever actually proves incredibly simple. Everything else becomes a sideshow when the main event is so obviously, heart-breakingly disappointing on almost every level. The toughest part is deciding where to begin.

If this was 15 years in the making, it makes you wonder what they did for the other 14 years and 10 months.

The argument is that its voluminous array of negatives can be excused because the game is just a harmless bit of fun and that it doesn’t take itself seriously. It isn’t fun. It’s miserable.

Duke has not aged well. As simple as he ever was, as irrelevant as he’s ever been.

Home / Game News / Duke Nukem Forever Dead on Arrival in the US?