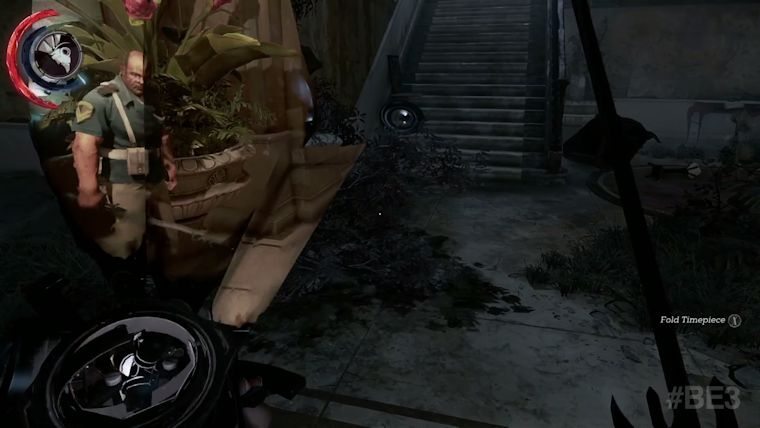 Dishonored 2 was first revealed during last year’s Besthesda conference at E3 and with a release set to come later this year, of course they gave it plenty of time to be shown off in their conference, similar to Fallout 4 last year.

One of the most interesting mechanics came near the very end of the showcase that revealed Dishonored 2 will have somewhat of time travel mechanics.

As we saw in the gameplay showcase, Emily will have access to a special timepiece at some point in the game that will allow you to see the past.

This will show the way the area you are in used to be, as well as the inhabitants that may have been there as well, allowing for some very interesting puzzles.

This almost sounds like what we saw with The Legend of Zelda: Skyward Sword, so it will be interesting to see how it is handled when it releases later this year.