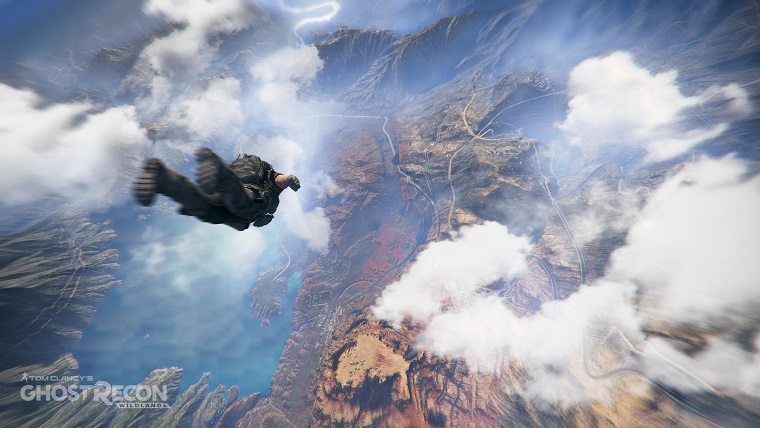 Ubisoft brought out the big guns for their E3 2016 press conference, giving us another look at the highly anticipated Ghost Recon Wildlands. The new footage gave us a new look at the game’s setting and story, as well as a peak into some exhilarating new gameplay.

The game is set in Bolivia and features four characters that are called Ghosts, who are an elite team trying to take down a massive drug cartel. It will feature both solo and 4-player co-op gameplay, largest action adventure open world that Ubisoft has ever done.

Below is a breakdown of the game:

YOU DECIDE YOUR WORLD

The Wildlands are a living, reactive open-world environment where every individual choice you make has far reaching consequences. With the Faction Influence System, turn each dangerous situation into an advantage by seizing control of the cartel’s traffic patterns, patrols, and movements.

YOU DECIDE THE CARTEL’S FATE

Play every mission the way you want: utilize stealth to take the enemy down quietly, develop a plan and execute it to perfection to strategically eliminate all targets, or just get your hands on the most lethal weapons you can find and come out guns blazing.

YOU DECIDE WHERE TO EXPLORE

Journey through Ubisoft’s largest action-adventure open world and discover the diverse landscapes of the most beautiful (and dangerous) place on Earth, from the arid mountains to the lush jungles. Explore Bolivia on and off road, in the air, on land, and at sea with over 60 different vehicles.

Ghost Recon Wildlands will launch for PlayStation 4, Xbox One and PC on March 7th, 2017. Check out the new gameplay below.