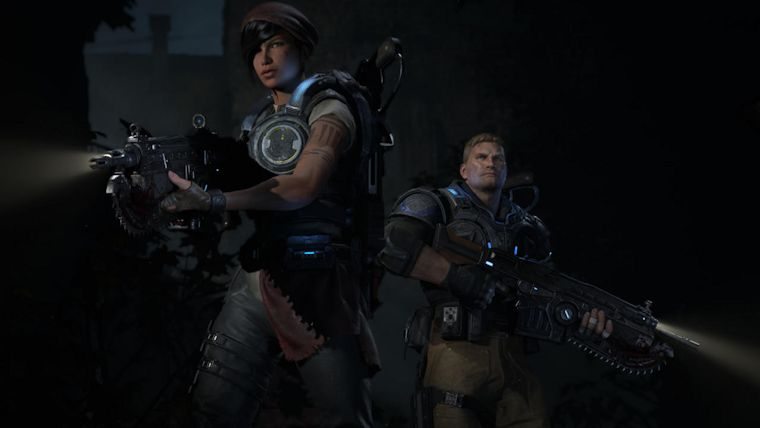 New gameplay footage of Gears of War 4 was shown off today during E3, and this time we got our first solid look at the game’s new enemy called the Swarm. Our three protagonists find themselves in deep trouble as they are on a rescue mission to save one of the character’s mother, and the resulting mayhem is impressive.

Not only did we get to see some great new gameplay showing off the three new characters in action, but we also learned that the game will be launching on both Xbox One and PC. The game was previously announced as an Xbox One exclusive, but now the game will be coming to both Microsoft platforms.

It was also revealed that a Gears of War 4 Elite controller will be launching alongside the game’s release later this year, with more information on that coming soon.

Gears of war 4 will launch for both Xbox One and PC on October 11th. Check out the new Swarm gameplay below.