The latest news in the world of video games at Attack of the Fanboy
June 16th, 2017 by Jose Belmonte 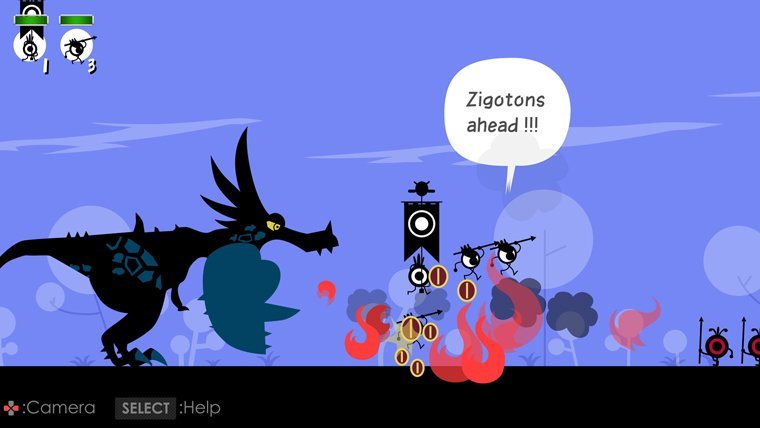 Sony has posted online a video of PlayStation guru Shuei Yoshida playing Patapon Remastered on PS4. The game, as the title indicates, is a remastered edition of the iconic rhythmic/platforming game for PSP, which now it has been restored to look and play better than ever on PS4, and PS4 Pro. Yoshida remembers how shocked he was when he saw the artstyle and experienced the gameplay of the original Patapon, which coincidentally was released ten years ago.

In Patapon, players take the figure of a deity that is able to communicate with the inhabitants of the world by playing rhythmic music. Depending on the melody played, the patapons will perform a different action, which is essential to attack enemies and survive the numerous encounters. The game was a success on PSP, spawning two sequels.

Patapon Remastered is part of a selection of iconic PlayStation titles with unique mechanics that are finding their way to the PS4 from their original platforms, including PaRappa the Rapper and Locoroco, with Locoroco 2 Remastered having just been announced at E3 2017.

Patapon Remastered will be released for PS4 this year.