EA: “No other shooter on the market like Battlefield” 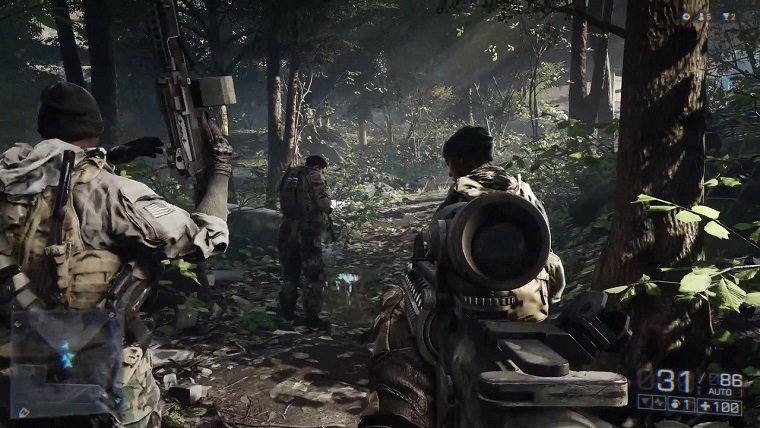 In recent discussions with IGN, EA President Frank Gibeau stated that Battlefield was at the top of the FPS genre. “No other shooter on the market that does what Battlefield does,” he said. With a mix of vehicles and infantry combat, fully destructible environments over large-scale levels, “nobody matches that,” and “until they do, we have a unique position.”

Gibeau spoke on how the franchise has grown and developed over time. “From Bad Company to Bad Company 2 to Battlefield 3, we’ve grown that business from 3 million units to 18 million plus. The quality has gotten better. The technology has gotten better. We’ve done new things with the experience. We don’t feel like we’ve reached a barrier that says, ‘oh, we’re out of ideas to innovate.’ I think the idea that in real time, you knock a skyscraper down right into the middle of the level, it completely changes the whole game. You can imagine. And be rest assured that we have more levels like that.”

While Gibeau explained that he understands the nature of the FPS market and that there are plenty to choose from, he believes that there is definitely room for innovation and growth.

“Our idea is to leap ahead using gen 4 and Frostbite 3 to drive the shooter category and grow Battlefield and give fans what they want,” he said. “We feel very confident that we’ll be able to continue to make better and better Battlefields. At the same time, we have a great rotation. We’ve got Battlefield. We’ve got Titanfall. We’ve got Battlefront. We feel pretty good about that mix. They all do something very different. That’s the trick. The more that these things feel the same, that’s when the category starts to fall away. I don’t see that happening yet.”

Gibeau also mentioned SmartGlass integration with Commander mode, as well as a slew of new online features to be announced shortly. He describes the new generation as a successful one for EA, allowing them new options to work with. Let’s just hope that this generation their choices turn out better than their checkered past would suggest.

Battlefield 4 drops October 29 for PlayStation 3, Xbox 360 and the PC.

Home / Game News / EA: “No other shooter on the market like Battlefield”