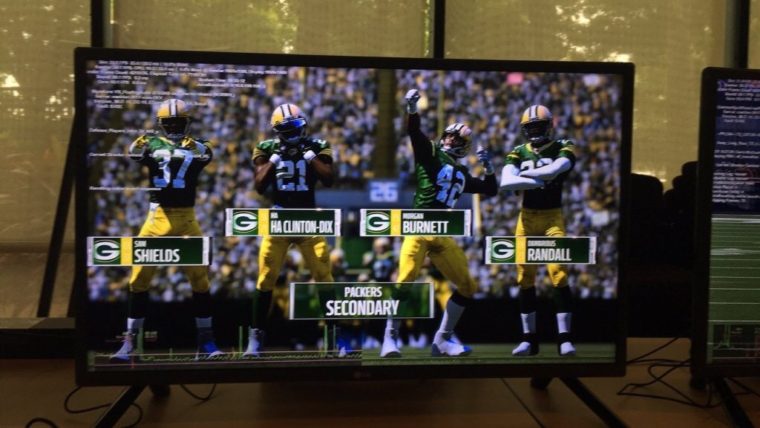 Some interesting developments were revealed today for upcoming EA Sports titles. First there was an early screenshot for Madden 17 shared by a player, plus some fresh NHL 17 news will be dropping sometime next week.

First, there is an early (off-screen) screenshot of Madden 17 that you can see above. It doesn’t show much, but you get an idea of what the presentation will look like. The picture was first uploaded by Damarious Randall from the Green Bay Packers on his Twitter account. He has since deleted the tweet, but Operation Sports re-uploaded it online.

The other EA Sports game to receive some developments was NHL 17. The official Twitter page revealed that we should be getting our first look at the game on April 26th, 2016.

It will be the first bit of news about it, and it looks like fans will get to choose who should be on the cover again. The GIF files shows that you could choose between 8 different players to grace this year’s cover.

Both Madden 17 and NHL 17 will be due out later this year on multiple platforms. While we will hear news about NHL next week, you may have to wait until May for more about this year’s Madden video game.