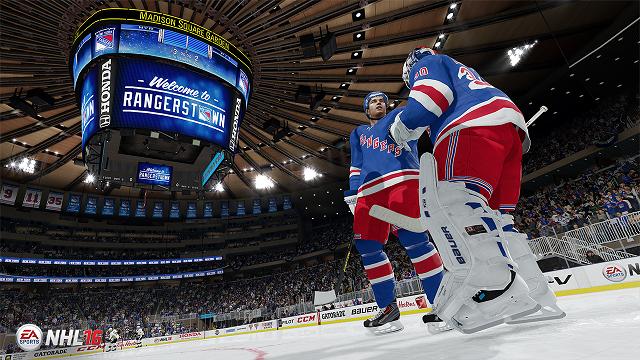 WWE’s Daniel Bryan has made the “Yes” chant pretty famous. EA Sports is now going to include the chant in NHL 16.

WWE.com made the announcement earlier today. The New York Islanders fans and players borrowed the “Yes” chant in real life. EA Sports took note of this and will be adding it in NHL 16.

The chant itself will be included to the team’s official goal celebration and end-game salute. For any WWE fan out there, you can choose to play as the New York Islanders to hear the “Yes” chant in all its glory.

The chant will obviously be included in WWE 2K16 as well. It’s an infectious chant as it’s just one word and easy to follow. Many wrestling fans loved doing it when Daniel Bryan was still active in the ring. He’s been out with an injury for quite some time now.

It’s kind of funny the chant also has become a celebratory thing. Daniel Bryan initially used it as a heel (villain) to make himself look cocky as he was the World Heavyweight Champion at the time. After he became a babyface (good guy) the fans started to make it more like a positive chant.

If you are going to buy NHL 16 and love WWE as well, this is great news for you.