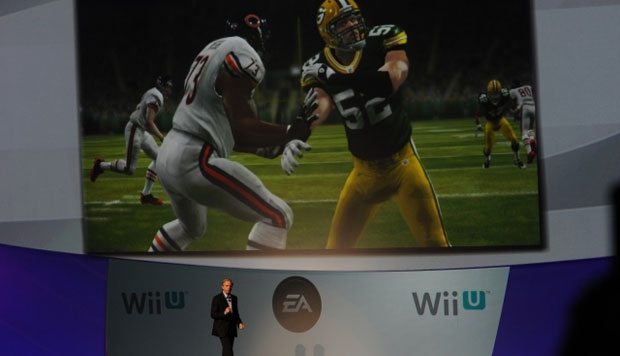 There’s still plenty of confusion about Nintendo’s Wii U due to a lack of information out of the company.  Rumors and speculation have put the Wii U tech specs at par with the current generation, leaving gamers and critics to assume that Nintendo’s next console wasn’t actually “Next Gen” hardware.

In a recent interview, Cam Weber of EA Sport told Game Informer that the Wii U is definitely next generation hardware, and EA is treating it as such.  When asked if the console was really a next-gen platform: “Absolutely.  It’s a new platform with a new controller input, so we’ll do everything we can to deliver an experience that will take advantage of the hardware for that consumer,” said Weber.

“I think with this generation, what we want to do is really clean house, get our technology in order, and make sure we really have this great platform and these different elements so we can take that with us when we transition to future hardware.”

It looks like EA Sports franchises will be looking to take full advantage of what the Wii U has to offer, when it releases later this year.  No surprise though, EA had announced their commitment to the platform when their CEO took the stage at E3 last year.