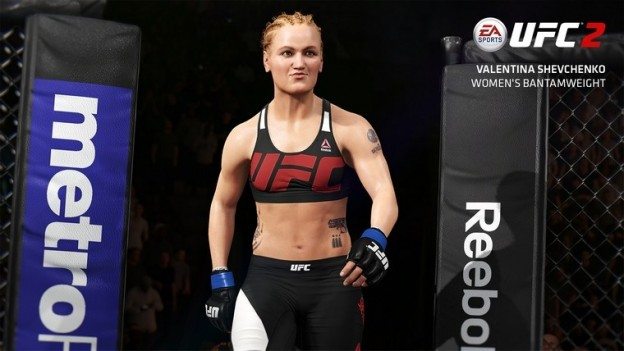 Update patch 1.06 has now been released for EA Sports UFC 2. Apart from the usual fixes, owners of the game will also be able to play as three new fighters. These fighters have been added for free as included in the update.

The update patch notes are: “Added a third transition for submissive fighter in Back Sitting, Block will not come back up automatically after a missed parry, or a timed out parry, Liver Health Event allows high or low blocking, Addressed issue where spamming transition fakes on the ground would regain stamina

Addressed double stamina tax when opponent sprawls on user’s takedown, Addressed an issue where takedown denial stamina penalty was being applied when the user is struck out of a takedown, General AI Improvements and General Referee Improvements.”

Out of the new fighters in the game, Cris Cyborg is rated the best as she has an overall rating of 91. Both Valentina Shevchenko and Albert Tumenov have overall ratings of 87. As always, we’ll let you know when more update patches are released for EA Sports UFC 2 in the near future.