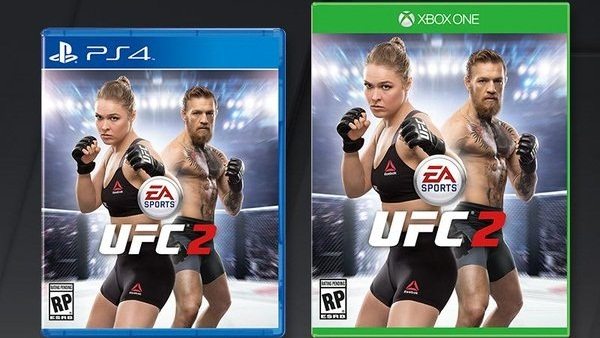 EA Sports has now released the official cover for UFC 2. Joining the cover of the game with Ronda Rousey is Conor McGregor.

Conor McGregor was named as the co-star of the EA Sports UFC 2 cover after he beat Jose Aldo at UFC 194. McGregor is the new Featherweight Champion as he beat Aldo in 13 seconds with just one punch. It was a performance that surprised everyone.

One has to wonder if McGregor can avoid the EA Sports cover curse. Ronda Rousey had bad luck after she was announced to be on the cover for UFC. Shortly after she was on the cover, she lost her belt and winning streak to Holly Holm.

EA Sports UFC 2 is the next game from the franchise. The UFC license went to EA after THQ became bankrupt. The development studio responsible for the Fight Night series is now making the UFC games.

The first UFC game was kind of positively received, although there were some improvements that were needed in areas. The sequel is set to address the flaws and hopefully be an overall better game.

The game will be released for the PS4 and Xbox One platforms in Spring 2016. An exact release date has yet to be revealed.