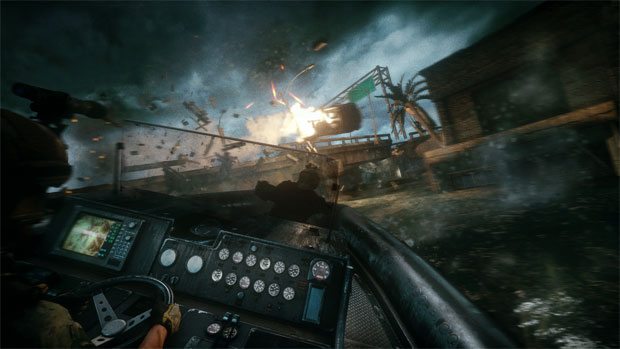 Following the lead and the success of Activision with Call of Duty: Elite, Electronic Arts might be considering their own form of subscription based service for their first person shooters.  In a recent interview with Venture Beat, Patrick Soderlund of EA explains the possibility of moving the Battlefield and Medal of Honor franchises down the path of a subscription style model.

Soderlund explained that “We’re looking at how we can maximize our investment in this and get the most out of our investment and get more people playing this product.  That may take us to different place, but we’re not really talking about where that is yet,” when asked about the possibility for a subscription style service for his company’s shooter franchises.

2011 marked a big push for Electronic Arts and the Battlefield franchise.  For the first time, the company put their game out within weeks of the Call of Duty juggernaut and it was a commercial success.  When asked about the ongoing competition with the Call of Duty franchise, which Medal of Honor will do battle with this fall, Soderlund had this to say:

“When it comes to taking Call of Duty down, you know what?  I don’t look at it like that.  We are in this business because we want to make the best possible products.  Call of Duty is a shooter, but it’s a different shooter.  I think they have a market; we have a market.  I’m fine with what I’m doing.  I’m going to continue innovating and doing as best as I can with my teams.  Hopefully that’s going to lead us to more units sold and more happy consumers.”

From Soderlund’s comments it’s hard to tell if EA has any immediate plans for a subscription based service for either Battlefield 3 or Medal of Honor.  They’ll have more than ample opportunity to sell the Battlefield 3 fanbase a “Season Pass” for the content that is scheduled to start rolling in this June.  As for Medal of Honor, with it being only the second game in the franchise, and still gaining traction against other shooters, it doesn’t seem probable that EA offer up a subscription style service for the game.