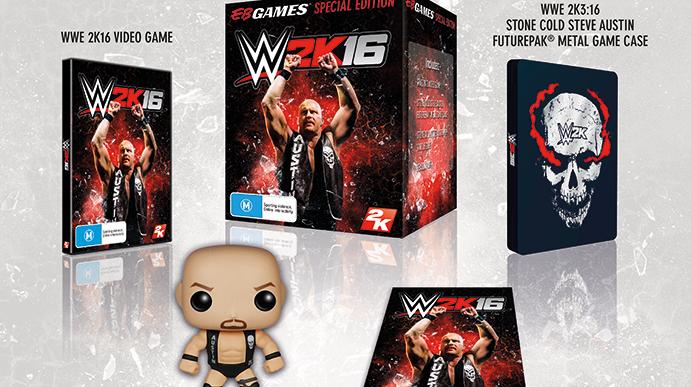 EB Games Australia has listed a WWE 2K16 Special Edition on its official website. This edition is exclusive to the retailer and costs $AUD139.99. 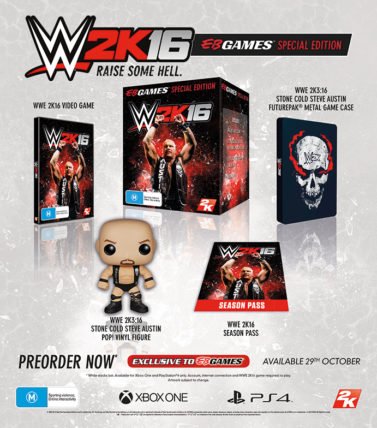 Right now, it looks like EB Games is the only retailer offering any kind of special edition for WWE 2K16 this year. Last year’s special edition was centered around Hulk Hogan. This year’s game won’t feature Hogan thanks to the racist remarks he made went public…

This announcement is also the first time a Season Pass has been mentioned. This does confirm some future DLC is planned for the game. This is significant as around 120 wrestlers will be added to the game at launch. Even more wrestlers could be on the way.

Not to mention WWE 2K16 includes a Stone Cold Steve Austin showcase mode. There might be more showcase modes added too like last year.