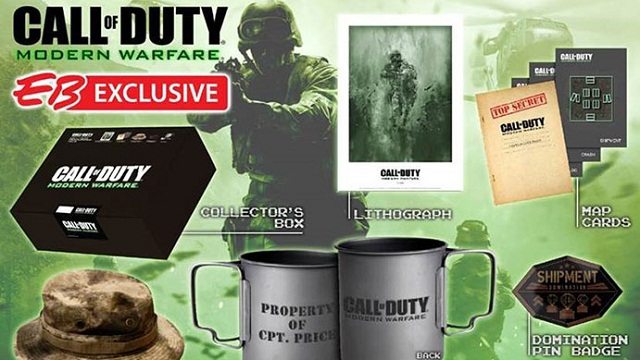 To celebrate the release of Call of Duty: Modern Warfare Remastered later this year, EB Games is releasing a special Loot Box that contains a lot of cool merchandise from the game itself.

EB Games Australia has listed the “Call of Duty: Modern Warfare Loot Box” and it’s exclusive to the retailer. It has no release date yet, but it will be out in November 2016. It has a price of $AUD48.00. The listed items are seen below.

The Captain Price bucket hat is by far the most popular item in this package. It’s worth mentioning this is just a bunch of physical items and does not contain the game or any DLC. You will have to buy the Infinite Warfare special editions to get the game itself.

Call of Duty: Modern Warfare Remastered is the remake of the fourth game in the popular series. Many people regard it as the best of the entire franchise. It’s the reason why COD is now a household name.

You need to buy Infinite Warfare to play it since Activision is not releasing it separately. It will be out on November 4th, 2016 for PC, PS4 and Xbox One.