ESRB Gives Us More Details About Just Cause 3 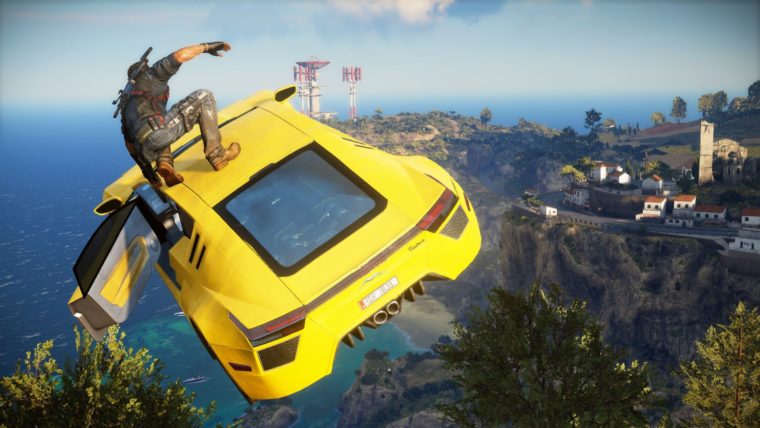 The ESRB has now rated Just Cause 3 giving us new details on the game coming out in December.

The game has been rated M for mature players over the age of 17. The content descriptors are: Blood, Intense Violence, Strong Language. It will be available for the PC, PS4 and Xbox One.

The rating summary is: “This is an action game in which players assume the role of a man (Rico Rodriguez) who attempts to free his country from an evil dictator. From a third-person perspective, players traverse an open-world environment, engage in missions, and battle the dictator’s soldiers for control. Players use pistols, machine guns, rocket launchers, and explosives to attack and kill enemy forces.

Action can be frenetic at times, highlighted by realistic gunfire, large explosions, and cries of pain. Successful hits are accompanied by large blood-splatter effects. Some sequences allow players to kill captives and civilians; one sequence allows players to detonate a bomb on a pedestrian. The word “f**k” appears in the dialogue.”

The description of the game sounds just what Just Cause 3 would include. The series has always been renowned for its over-the-top action sequences. It sounds like the game could be the most violent of the series too with the blood spatter effects.