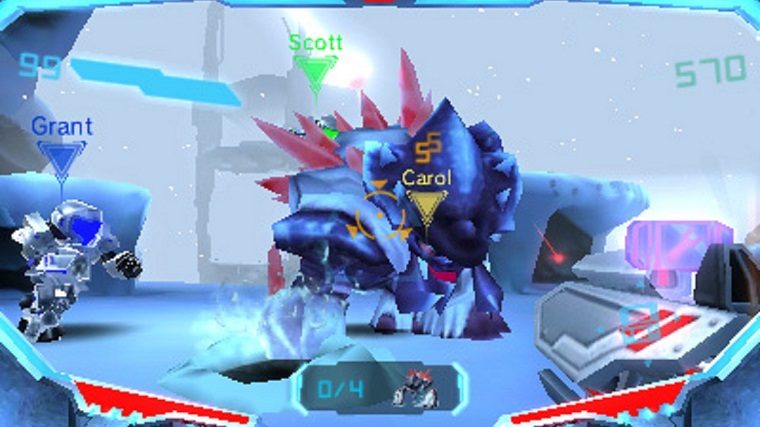 The ESRB has now rated Metroid Prime: Federation Force and it gives us some details on what you can do when the game comes out exclusively for the Nintendo 3DS later this year.

Metroid Prime: Federation Force has been rated “T” for teen. The content descriptor just says it has “Fantasy Violence” only. No other additional descriptors were posted.

The rating summary says: “This is a first-person shooter in which players control Federation Space Marines as they complete objectives and battle enemy forces in a fictional galaxy. Players control specialized battle “mechs” as they explore planets to recover materials/personnel, and engage in combat with aggressive alien creatures.

Metroid Prime: Federation Force has not been received well by hardcore fans of the Metroid series. The first E3 trailer that came out last year had a lot of dislikes. It will be interesting to see if the full game is good or not once it comes out on August 19th, 2016.