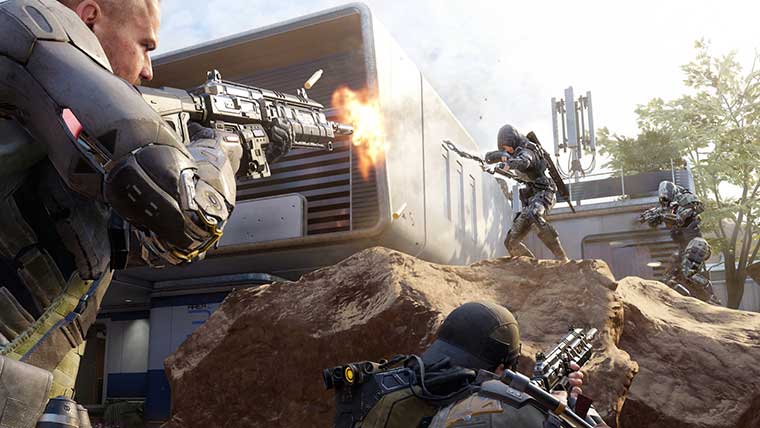 The ESRB has now rated Call of Duty: Black Ops 3 giving us more details on the type of content that will be in Actvision’s FPS coming out this November.

Call of Duty: Black Ops 3 has been rated “M” for mature players over the age of 17. The content descriptors are: Blood and Gore, Drug Reference, Intense Violence, Strong Language

It’s worth mentioning this rating was specific to the PC, PS4 and Xbox One versions of the game. This is mainly because the PS3 and Xbox 360 versions lack the single player campaign.

The rating summary is: “This is a first-person shooter in which players assume the role of a futuristic military unit attempting to thwart the plans of a cartel. Players use machine guns, pistols, shotguns, grenade launchers, and various “cybercore” abilities (e.g., drone control, confusion for human enemies) to kill robots and soldiers amid futuristic urban environments.

Action is frenetic, with frequent gunfire, explosions, cries of pain, and blood-splatter effects. Some attacks allow players to blow up enemies or blow off their arms or legs. A handful of cutscenes depict figures being beaten, tortured, or stabbed; some stabbings are depicted fairly close up. During the course of the game, players can select emblems from a menu screen for character/team customization; a few emblems are suggestive of marijuana. The words “f**k” and “sh*t” appear in the dialogue. ”