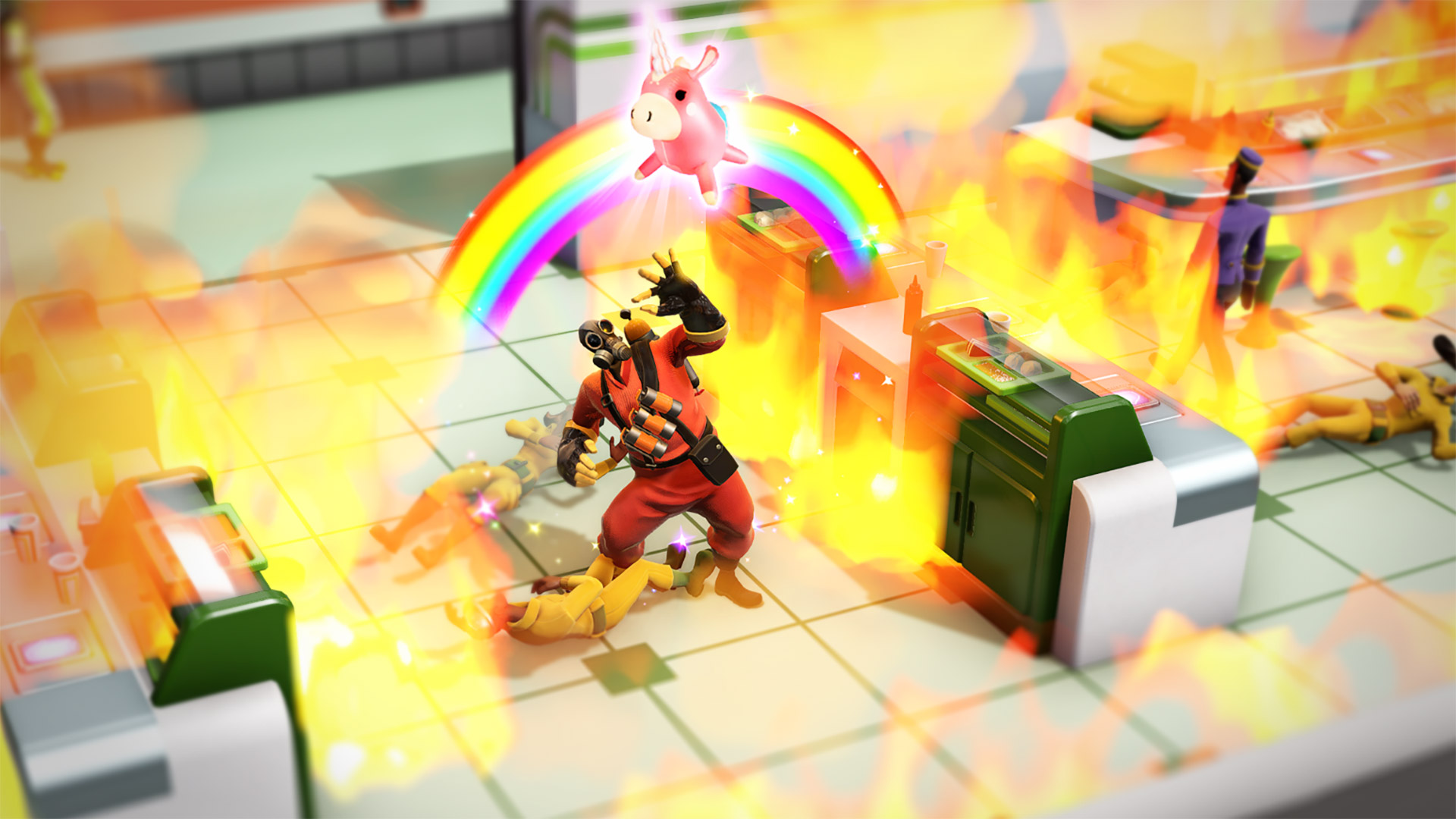 While Evil Genius 2 is definitely an out-of-the-box type of game, a crossover with Team Fortress 2 was not something we expected. Evil Genius 2 is a base-building strategy game where you take on the role of, well, an evil genius and deploy traps, guards, and other items to stop would-be heroes in their tracks. Today, Rebellion Developments announced two new pieces of DLC with a free pack adding Team Fortress 2’s Pyro as a henchman you can deploy against your enemies. Both new DLC for Evil Genius 2 drops today and we have all the details of what each has inside.

Rise of the Pyro Valkyrie

Evil Genius 2 was a surprise hit amongst fans of the genre and the first game because of its quirky characters, presentation, and solid gameplay. The game did release two DLC packs previously that weren’t met with as positive of a welcome so the studio is definitely hoping to turn things around. The two new DLC packs dropping today are the aforementioned Team Fortress 2: Pyro Pack and the Rise of the Valkyrie Pack. The Rise of the Valkyrie pack is included in the season pass if you picked that up at launch but costs $4.99 USD if you haven’t. Here are a few more details.

Evil Genius 2 is available now for PC. Be sure to check out our assortment of guides on the game if you’re feeling stuck.