Evolve Alpha Invites Being Given Away During Today’s Livestream 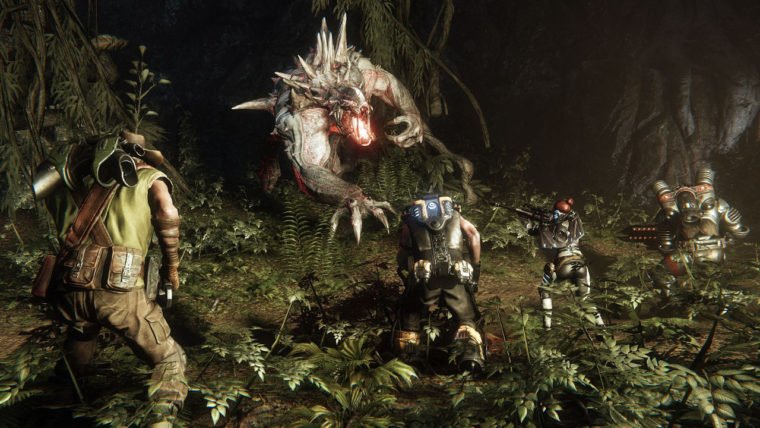 Want another shot at the Evolve Alpha that so few people got to play? Well, today at 3pm PT/6pm ET 2K Games will be livestreaming gameplay. During that stream there will be giveaways of Alpha codes according to a recent tweet. Unfortunately we don’t know much more about the giveaway, such as how many codes will be given out and what the requirements might be to get them. But, if you looked longingly at all of your friends who got into the Evolve Alpha this is your chance to join the fun.

On the Evolve Live stream at 3pm PT today, we’re giving you a shot at Big Alpha codes!

In case you haven’t been following the game, Evolve is a five player game which pits a team of four humans against another player who controls a gigantic monster. Gameplay revolves around the humans using teamwork to take out the monster, which is trying to “evolve” to tougher stages of its life. Humans win by taking the monster down, and the monster wins by completing its objective or by killing all of the humans.

The game has been a critical darling at various conventions, such as Gamescom where it won five awards including Best of Show. Evolve was originally going to be coming out around this time, but was delayed into 2015 so the developers could polish the game more.