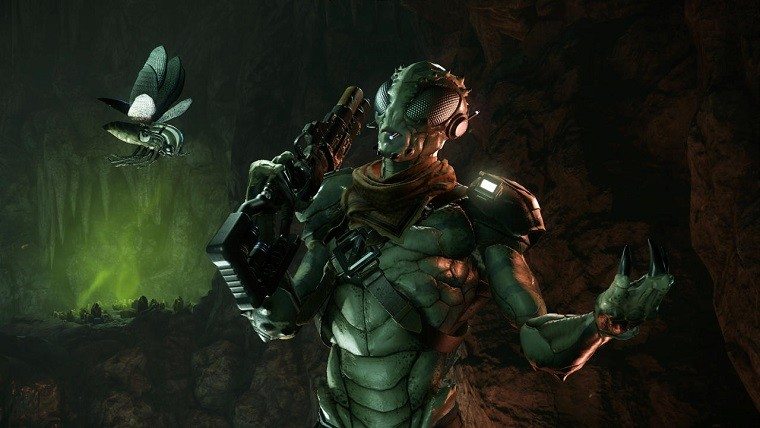 Earlier this year we learned that Turtle Rock Studios would be leaving their multiplayer shooter Evolve behind, despite attempts to reinvigorate the player base with a new free-to-play model on PC. However, when they made that announcement they confirmed that they were working on something else, and today we’re getting more details on what that is. The game is set to be a free-to-play co-op shooter with a dark fantasy setting, though a title was not revealed.

Turtle Rock Studios co-founder Phil Robb said that they “are developing a new franchise set in an all new universe that leverages the style of gameplay our community loves and expects from Turtle Rock Studios. We’re focusing on what we do best–heart-pounding moment-to-moment online co-op FPS action. And with Perfect World Entertainment as our partner, we will always make sure that our players come first by listening to them and growing the game based on how they play and interact over what we hope are many years to come. We cannot wait to show them what we have in store.”

Yoon Im, boss of Perfect World Entertainment, added that “This one is going to be huge. We’ve been growing Perfect World Entertainment for about a decade now, always looking for strong developers to make cool games. We’re proud to work with developers like Cryptic, Tuque, Runic, and Unknown Worlds. Partnering with Turtle Rock and adding its new IP to our portfolio is great. We look forward to fully supporting Turtle Rock as a publishing partner and can’t wait to show off their new game.”

In an interview with GI.biz, Turtle Rock president Steve Goldstein said that he would not call the game a spiritual successor to any of the games they made before, as he does not want to set false expectations. Details on the game remain sparse, though he did confirm that there is a strong dark fantasy element to it.

This new game from Turtle Rock is being made with the Unreal Engine, though the developer says that the game won’t launch until 2018 at the earliest.