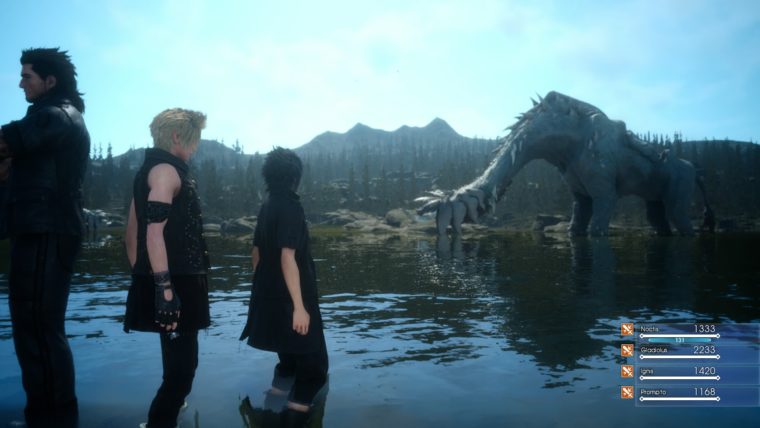 Square Enix has made another exciting update on the development for Final Fantasy XV. It sounds like the game is nearing its completion.

The game’s programmer, Kitade Satoshi posted an update on the development for Final Fantasy XV on the official forums. It sounds like the game is playable and nearing its full version.

He posted: “1. The game can be played from beginning to the end. So everyone in the development team can play the entire game and see the big picture, and share their thoughts on the overall game.

We can polish up the game, add/adjust some details so the game can reach the quality needed for the final product. There are few elements that are in still test stage so it’s not completely implemented, but it’s important that we can share the big picture of the overall game to everyone.

2. The first half of the game is pretty much completely polished. So we have idea of how the final game will look and feel. We have idea of how much work is needed to make the game in it’s final state. We also have some guests from outside the company come and play the game so we get the feel of how users play the game, and see how the pace/balance is for the players.

So in this stage of the development it’s all about us programmers to show our skills. Please look forward to it.”

This should come as good news for fans who have been waiting ten years for the game to come out. Let’s hope that this is a sign that it will come out in 2016.