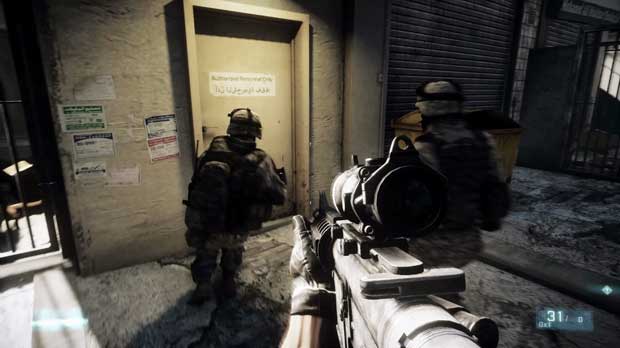 Spike TV will be hosting a one hour commercial free hour of coverage exclusively dedicated to Electronic Arts content.  What this means is that viewers of the program will get exclusive coverage of one of the most anticipated shooters of 2011, Battlefield 3.  The announcement of the commercial free coverage, claims that a “never before seen demo” of Battlefield 3 will be shown during the event.

Since being first announced back at GDC, the team at DICE have revealed “The Fault Line Series” of videos.  These videos which show off the new Frostbite Engine 2.0 whipped gamers into a frenzy with the new engines beautiful yet destructive powers.  A short trailer also quickly showcased some of the vehicles that will be available in the game, with brief glimpses of air combat.