Expect More Events Like Sparrow Racing in Destiny, Not Expansions

The latest news in the world of video games at Attack of the Fanboy
December 8th, 2015 by William Schwartz 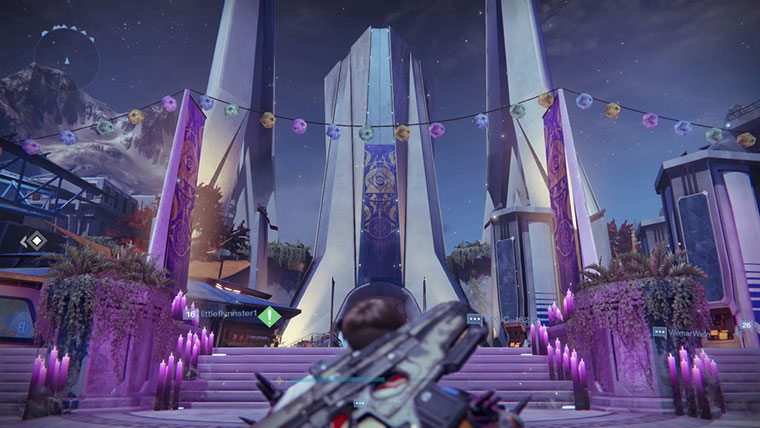 The second year of Destiny marked the release of a big expansion for the game, but 2016 doesn’t seem to be shaping up like 2015 did for the shooter.  Expansions for the game are going to be few and far between, instead Destiny players should look forward to more events like Sparrow League Racing or late-October’s Festival of the Lost.

Derek Carroll of Bungie explained that players should not be expecting any huge DLC releases anytime soon.   “With Taken King we are moving to a more event-based model – things like Festival of the Lost and Sparrow racing, which is our winter event, and then smaller events such as Iron Banner and Trials of Osiris every weekend,”  Carroll tells Eurogamer.

Bungie is aiming to surprise fans in the year ahead with these live events.  Festival of the Lost came out of nowhere and gave players something completely unexpected to do in the game.  While Sparrow Racing was something that Destiny players had been asking for for quite some time.  So what does the future for live events in Destiny hold?  Bungie isn’t giving many details at the moment but Carroll says that they’ll be surprises by design.  “Players can expect new events and new content throughout the next year.  We’re taking it one step at a time.”

Destiny:  The Taken King Expansion was a resurgence for the shooter.  Small changes to the progression system, and many tweaks to the systems of the game coupled with a massive new story to explore brought many people back to the game.

Cutting out the expansions in 2016 certainly digs into the profits for the game, but as Destiny players now know, they are some new microtransactions in the shooter that they’ll use to make up for that.  Eververse Trading, which offers cosmetic upgrades, is one such thing that Bungie has added to the game.  While Festival of the Lost and Sparrow Racing both allow you purchase in-game content.