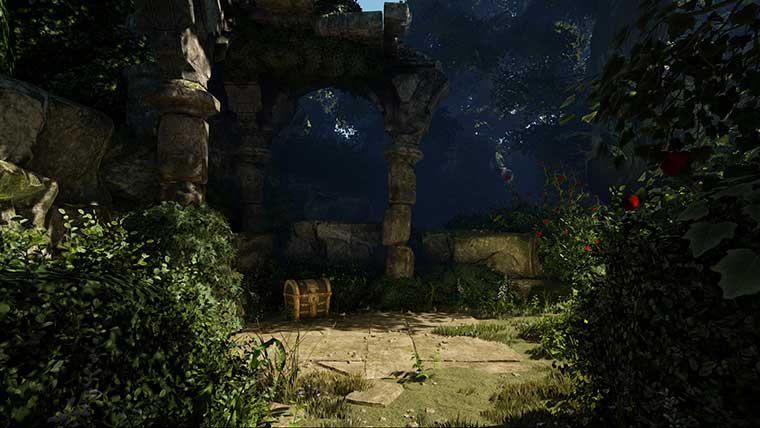 If these latest screenshots are anything to go by, Fable Legends is going to be an impressive game on the Xbox One.   Lionhead Studios is using the Unreal Engine 4 for the upcoming RPG, and has developed its own “dynamic global illumination tech,” which allows for dynamic time of day and variation of the world they are creating in Fable Legends.

“We made a decision early on to have fully dynamic lighting in our game. We think this is important for a number of reasons: It allows dynamic time of day, which adds variation to our world; it massively improves iteration times for artists; and it supports dynamic objects both reflecting and receiving light. Dynamic GI can also give higher quality results than baked lighting in some cases, for example, reflections, where lighting needs to take into account the view position,” reads a tech heavy post on the lionhead blog.

Fable Legends is just one of the many games that we’ll likely see on the Unreal Engine 4 in the coming years.  Epic’s new engine will play a big part in giving players that next-gen feel when it comes to graphics.  The first Unreal Engine 4 title is getting ready to ship.  Daylight is due out later this month on the Xbox One, PlayStation 4, and PC.

As for Fable Legends, Microsoft is still yet to date the game.   Though an impressive first showing revealed a cooperative and connected experience on the Xbox One, that takes advantage of the console’s strengths.