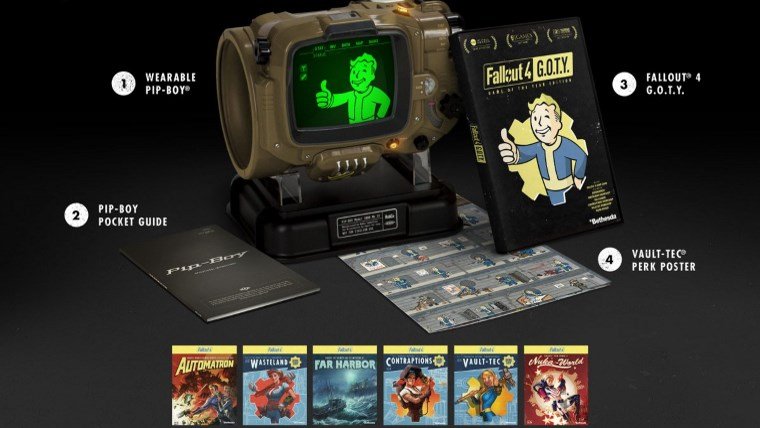 Fallout 4: Game of the Year Edition is coming to PS4, Xbox One, and PC on September 26th, according to a new press release from Bethesda. The set will include the base game, all updates, and all of the previously released DLC to combine for the “ultimate way to experience” Fallout 4. While these releases are somewhat expected for big games at this point, there was one tidbit that even owners of the game will want to know: more Pip-Boy’s are coming.

Select retailers will be offering a special Fallout 4 G.O.T.Y. Pip-Boy collector edition. This set will likely be similar to the original Pip-Boy release for Fallout 4, which sold out almost immediately and became a highly sought after collector’s item. This new set will cost $99, so fans might want to check it out.

This also sets the expectation for the regular Fallout 4: Game of the Year edition, with the price yet to be announced by Bethesda. It should rest somewhere in the $40-$60 range, so watch for that news as it gets closer to release.

Fallout 4 was a huge hit back when it released in late 2015. The game won tons of awards, including Game of the Year, so letting those who haven’t bought the game yet experience the entire package is a great idea.