Fallout 4 Has Major Issues on Xbox One, Frame-Rate Drops to 0 at Some Points 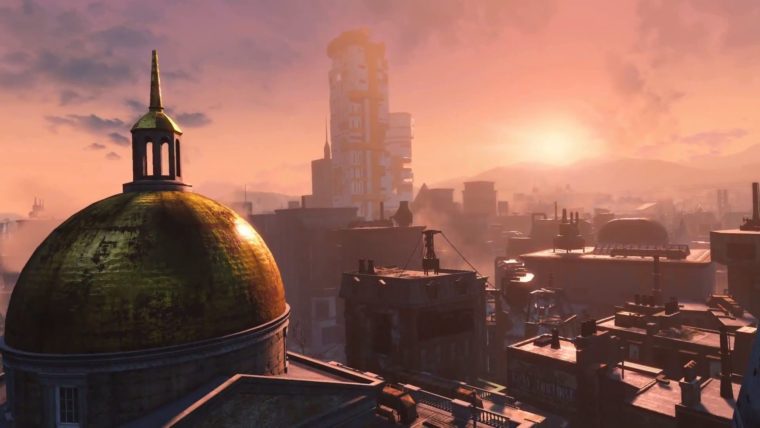 Eurogamer and Digital Foundry have done their usual assessment of the technical aspects of Fallout 4. The results are pretty mixed across the three platforms, with PC coming out on top, PS4 putting in a decent showing, and the Xbox One having huge problems with frame-rate and stuttering. The problems seem to stem from the way that Fallout 4 loads. While entering new buildings and such the game might flash a loading screen, but if you’re out in the open world it loads dynamically. This has caused some problems for the Xbox One apparently.

From the findings, “First up though, we can confirm PS4 and Xbox One render at a native 1080p resolution, with no compromise in either case.” However, problems arise during the frame-rate tests. “To start, the game targets a 30fps update here, with v-sync engaged…However, it’s far from a perfect situation on consoles as far as frame-rate consistency goes, and neither can truly latch on to a rock-solid 30fps reading.”

The report continues, “Fallout 4 does hold 30fps as a general rule, but drops are noticeable. For example, moving between major city areas is a particular strain on the engine, causing PS4 and Xbox One to drop to 20fps in matching spots on the map. Like clockwork, each platform lurches downward for a spell when passing a threshold in the environment – suggesting assets are being decompressed on the fly for the next location. 30fps is restored relatively quickly on arriving at the next spot, and it’s business as usual from there.”

Here is where things get pretty problematic though, with the Xbox One having some major stutters. “Xbox One is unique in its suffering of a stuttering issue, halting the game experience for up to a second during play. It’s a glaring hitch downward, and matching runs to the gates of Diamond City shows Xbox One dropping to a record 0fps (zero) while PS4 turns the same corner at 28fps. Each has their blips, but having tested two separate Xbox One and PS4 consoles, the results are always the same across the world at large; we get sizeable stutters on Microsoft’s console that aren’t present on PS4.”

We can back up these claims with our time in the game. We looked at it across all three platforms, and while PC seemed to run without issue, PS4 had some problems, and Xbox One featured much more as our review explained. Of course, Bethesda could issue an update to fix these problems if they’re software related. We’ve seen Bethesda games launch in a much worse state than they ended up in before, so Fallout 4 could do the same. To see more about the visuals and how they compare check out the full Digital Foundry piece.

Home / Game News / Fallout 4 Has Major Issues on Xbox One, Frame-Rate Drops to 0 at Some Points