The latest news in the world of video games at Attack of the Fanboy
January 30th, 2017 by Kyle Hanson 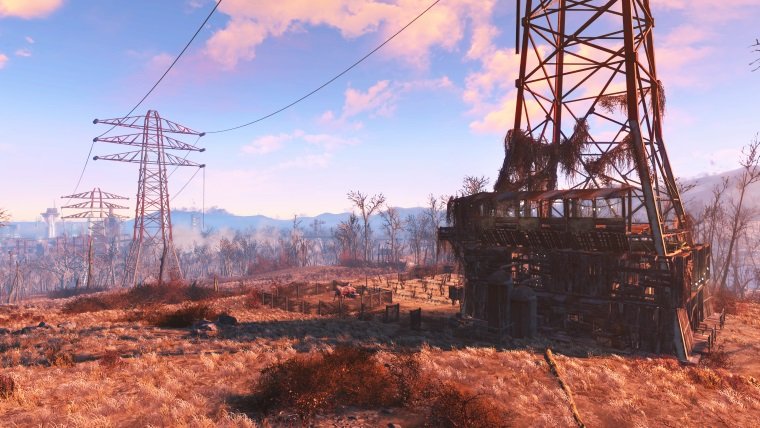 Ever since the PS4 Pro hit the market owners have been asking what games would support the enhanced console. Some games had updates ready on day one, but others needed some more time. Fallout 4 was one of these, but it seems that Bethesda has finished their preparation and are ready to launch full PS4 Pro support in Fallout 4 Update 1.9.

Thankfully, fans won’t have long to wait either as Fallout 4 Update 1.9 is scheduled to hit next week. As far as what PS4 Pro owners can expect the game to look like afterward, Bethesda laid out the big changes, including a higher resolution. “Native 1440p resolution. Enhanced draw distance for trees, grass, objects and NPCs. Enhanced Godray effects.”

Along with PS4 Pro support, Bethesda is enhancing the Fallout 4 experience on PC with a new set of high-resolution textures. The Fallout 4 High-Resolution Texture Pack will be available on Steam starting next week. Requiring an additional 58GB of hard drive space, these things aren’t messing around. There are even some new high-end recommended PC specs to show just how difficult it will be to run the game with the new textures.

So a lot higher than what Fallout 4 launched with. The updated textures will definitely tax any system that wasn’t running Fallout 4 flawlessly beforehand, so choose wisely here.

Fallout 4 had some definite performance problems when it launched near the end of 2015, especially on consoles. Since then Bethesda has issued a number of patches and updates to deal with performance, so it’s a more stable experience now, but it’s still a Bethesda game, so expect issues now and then. Luckily the game was good enough that few worried too much about the performance problems.

Are you still playing Fallout 4? Are you doing it on PS4 Pro or PC? Let us know in the comments how it looks after the update.