Fallout 4 Update 1.3 Finally Available on PS4 and Xbox One 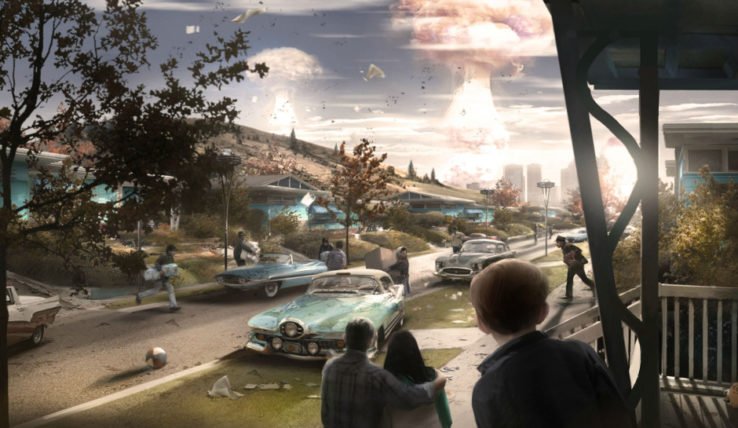 Fallout 4 Update 1.3 is finally available on PS4 and Xbox One after having hit the PC over a week ago. The patch includes a ton of big fixes for the game, as well as additions of much requested features. Fallout 4 updates have been hitting at a slow, but steady pace, giving the game much needed performance enhancements, while adding in features and changing things as needed.

The delay in getting this out on the consoles is unfortunate, but isn’t unheard of as Sony and Microsoft both go through rigorous testing procedures to make sure the update is ready for the platforms. That process must have caused the delay, though it doesn’t seem like any major issues were found, as that usually leads to a much longer push for the patch’s release date.

Fallout 4 Update 1.3 should download automatically for players on PS4 and Xbox One, so just make sure your console is in standby mode or completely turned on and it will get it ready. As far as what the update covers, some of our favorites include:

“Added status menu for settlers in your settlements, Added ability to rotate an object you are holding with left/right triggers and pressing down on left thumbstick lets you switch the rotating axis, Improved performance when looking through a scope, Fixed an issue where Vault 81 residents would not dismember correctly, Fixed an issue where subtitles would occasionally not update properly, MacReady’s Killshot perk now calculates headshot percentages properly,” and “Fixed an issue with NPCs getting stuck in Power Armor.”

You can click here to check out the full patch notes, though remember that the PC version will get a few exclusive additions in this and likely all future updates. Graphical settings seem to be the biggest item that is exclusive to the PC, which is understandable and expected.