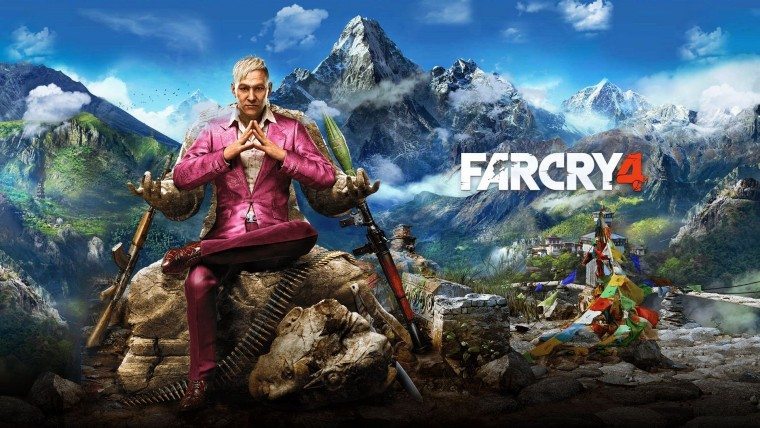 Pagan Min continues to be the focal point of Ubisoft’s Far Cry 4 marketing with the release of a new trailer calling him the King of Kyrat. The trailer itself features a ton of action juxtaposed with the craziness of Pagan Min as he tortures and is just generally insane. Watching the trailer I can’t really tell what my favorite part is, it contains so much fun looking gameplay.

Tigers attacking enemies, elephants rampaging through buildings, and of course tossing a grenade at a plane mid-air. It looks like Far Cry 4 is taking the freedom and frenetic fun of the series to new levels. Whether Pagan Min will live up to the high standard set by Vaas is yet to be seen though, but if this trailer is anything to go by I’d say he has a good shot.

The Youtube description provides a short biography of Pagan Min, saying “Sadistic dictator. Psychopath. Best dressed man in Kyrat. These are just a few traits on Pagan Min’s lengthy resume as the self-appointed King of Kyrat.” The trailer also provides a great tease of the wonderful voice work being put into the character by Troy Baker, who played Joel in The Last of Us and Booker in Bioshock: Infinite. It looks like we’re in for another standout performance from one of gaming’s best voice actors.