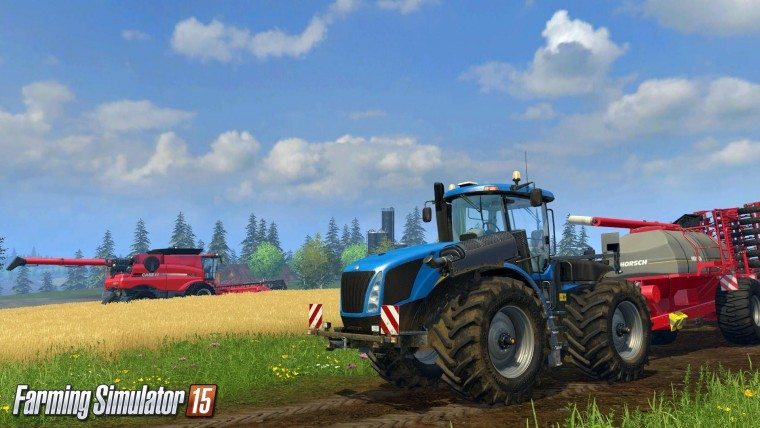 Farming Simulator has been a big hit in the gaming world. Turns out developer Giants Software really took advantage of everybody’s inner green thumb. Thus, it comes as a surprise to virtually nobody that Focus Home Interactive has revealed this year’s installment: Farming Simulator 15.

We’ve covered Farming Simulator’s rise to the consoles before, and this one will be hot on its heels. Building upon the previous installment, Farming Simulator 15 is promised to have improved graphics and physics engines among many other things. In the trailer there even appears to be improved animations for animals, making animal husbandry gameplay potentially better then before. It suffices to say that if the actual game ends up like what we see in the reveal trailer, then Farming Simulator 15 might not just be a surprisingly good game, but a genuinely good one.

Giants Software is also introducing logging, and all the vehicles and tools associated with it like chainsaws and chippers, to the game, further increasing the amount of stuff you will be able to do on top of all the ploughing, seeding and harvesting you’ll already be doing. Add in good mod support and up to 16 player online or over LAN, and the reasons why Farming Simulator 15 will be good just keep piling up.

Of course, we won’t know for sure how good it will be until it releases, but the skies are certainly look clearer and brighter by the day. Farming Simulator 15 will be released sometime later this year on PC, Mac, Xbox One, PS4, Xbox 360 and PS3.

Is Farming Simulator 15 something you’re looking forward to in the next few months? Leave a comment below!