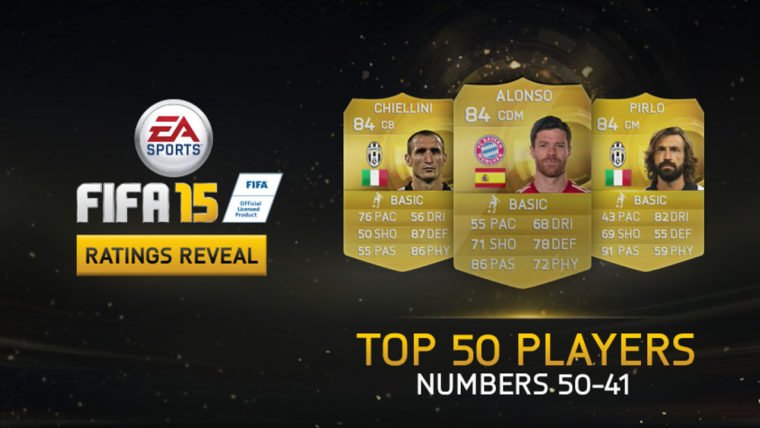 EA Sports likes to start fights between fans and players alike by revealing their top ranked players in games. FIFA 15 has begun this process with the first 10 of the top 50 being unveiled today. We get ranks 50 through 41 in this first batch, with the other 40 coming over the next few days. You can see some of the players from the list “arguing” about their rating in the video below. Debates will likely rage on about who got ranked poorly, or who doesn’t deserve their spot, so check out the list and let us know what you think.

England and Germany top the list at this point with three entries a piece, although England’s are on different teams while Germany’s are all on Bayern Munich. It will be interesting to see which countries and which teams come out on top once the rest of the ratings are shown.

EA Sports says that these ratings are “based on their performance over the last 365 days and takes into account league and cup play.” More ratings in the top 50 will be revealed later, as well as other lists like “Top Future Prospects”. These will all lead up to the final release of FIFA 15 on September 25th in North America and the 26th in Europe. The game will be available on PS3, PS4, PS Vita, Xbox 360, Xbox One, Nintendo 3DS, Wii, iOS, Android, and PC.

Check back here for more of the ratings as they become available, and to see all of the stats for each player head over to EA’s page here.