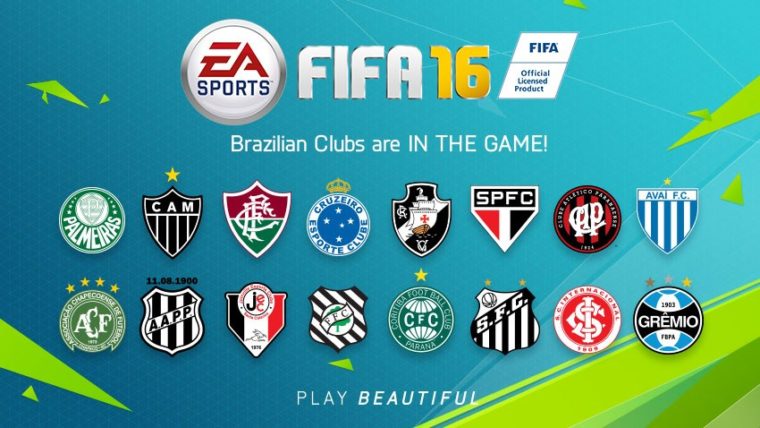 EA Sports has finally managed to acquire the license to include at least 16 Brazilian League teams in FIFA 16.

EA notes that at launch, all teams will have the official crests and kits. However, updated player names and visuals will need an online update. Don’t worry if some player names are wrong as EA plans to patch them in later.

EA Sports had trouble adding in Brazilian teams thanks to strong competition from Konami and its PES franchise. Thankfully, EA Sports managed to sort out a deal so that 16 teams can at least appear and be playable in FIFA 16.

All of the Brazilian teams are available from the Rest of the World team menu and will be playable via most game modes. Brazilian clubs will be available in the transfer database if you are doing the Career mode.

With the new Brazilian teams plus women players, FIFA 16 is shaping up to be the biggest game in the series yet. There are more teams and players than in any other previous game.