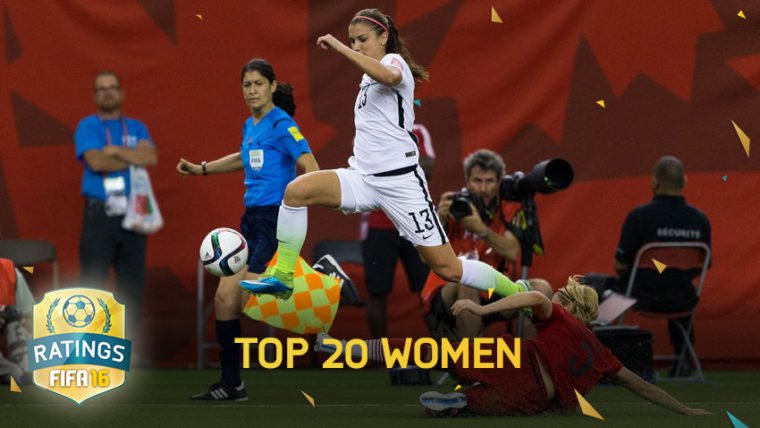 EA Sports has announced the top 20 women in FIFA 16. Their individual player ratings are also revealed.

This is the first time women will be featured in a FIFA video game. You can play as them now if you downloaded the demo that came out this week.

Only International female teams have been added to FIFA 16, and they are gender segregated. You won’t be able to let the women play against the male teams.

The top 20 women players fall in line with the top male players too. The only two males that are ahead of the pack are Cristiano Ronaldo and Lionel Messi. The have overall ratings of 93 and 95 respectively.

FIFA 16 comes out from September 22nd in North America and September 24th in Europe. The game will be available for the PC, PS4, Xbox One, PS3, Xbox 360 plus iOS and Android devices.